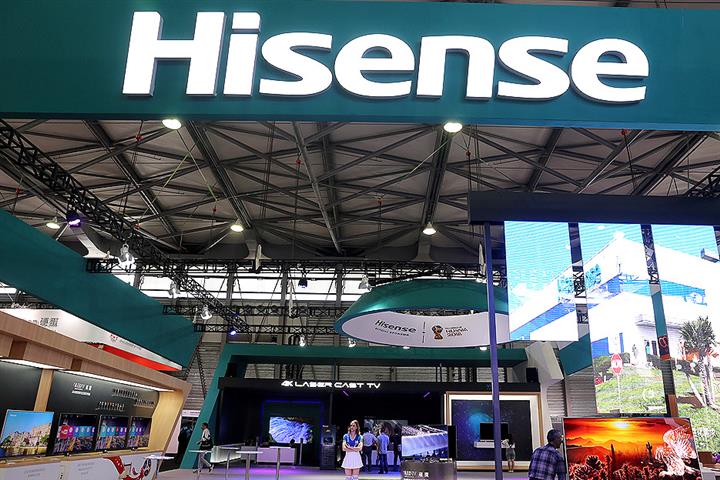 Hisense refuted the online rumor that it will cut 10,000 employees, the firm said in its statement on its account on China's Twitter-like Weibo.

Hisense’s revenue from overseas business makes up over 40 percent of the total, and the global spread of Covid-19 has created great difficulties for the firm’s business, per the statement, which added the firm will overcome these difficulties by cutting senior executives’ salaries and keeping the superior employees and eliminating those graded last in performance.

Haier will not cut down on its employees, Securities Daily reported, citing an insider from the firm. The company’s chief executive, president and general managers have voluntarily given up performance-based compensation amid the virus.

Online and offline sales of refrigerators, air conditioners, washing machines and freezers all fell in the first quarter, and the overall retail sales of household appliances fell around 45 percent, per omnichannel data from Beijing All View Cloud Data Technology on April 5.

Household appliances makers are acting to save themselves. Hisense has rolled out laser and interactive social TV sets. Haier has built a platform firm and is positioning itself in smart home appliances and medical health and advancing the privatization of Haier Electronics Group.

Gree Electric Appliances lost CNY20 billion (USD2.8 billion) in February and was thus unable to generate a satisfying first-quarter financial report, the firm's Chair Dong Mingzhu previously said. The company has, however, been expanding its capacity to rapidly make masks, which are a must-have during the pandemic. The firm will make a foray into medical facilities with investment of CNY1 billion and employ 5,000 university graduates to expand its research and development team this year, Dong noted.