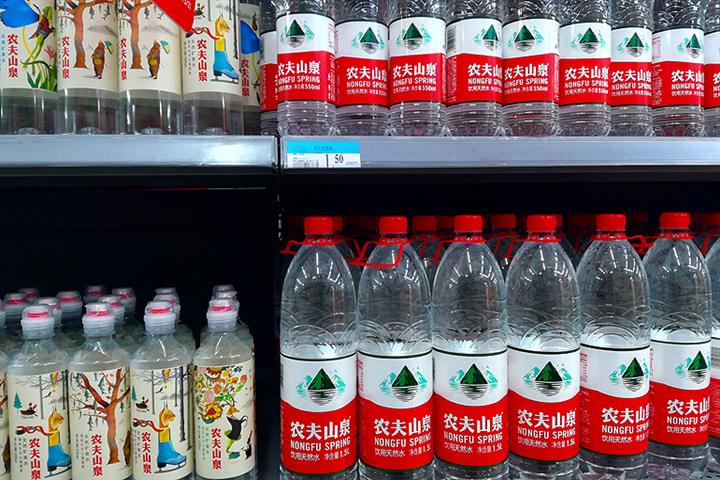 The Hangzhou-based company filed its initial public offering application with the Hong Kong Stock Exchange at the end of April.

Revenue growth in the past two years has been much higher than the 5 percent and 6.6 percent rates of China’s soft drink industry, and the 2.7 percent and 3.4 percent in the global market during the same period.

China is one of world’s biggest markets for bottled water. The country’s thirst for aqua refreshment is expected to be worth USD58 billion this year and the sector is forecast to expand at a compound annual growth rate of 4.9 percent through 2023, according to Statista.

Nongfu Spring, founded in 1996, wrested the third-largest market share in China in 1998 and has held it since.

Founder Zhong Shanshan owns 87.45 percent of the company. Zhong’s personal net worth will reach CNY83.9 billion after the listing even if his stake drops to 75 percent. He previously worked as a mason and journalist and used to raise culinary mushrooms and soft-shelled turtles for use in traditional Chinese medicine.

Beijing Wantai Biological Pharmacy, another company under Zhong’s control, mainly develops, produces, and sells in-vitro diagnostic reagents and diagnostic instruments and vaccines. It listed on the Shanghai Stock Exchange this year at an issue price of CNY8.75 (USD1.30).