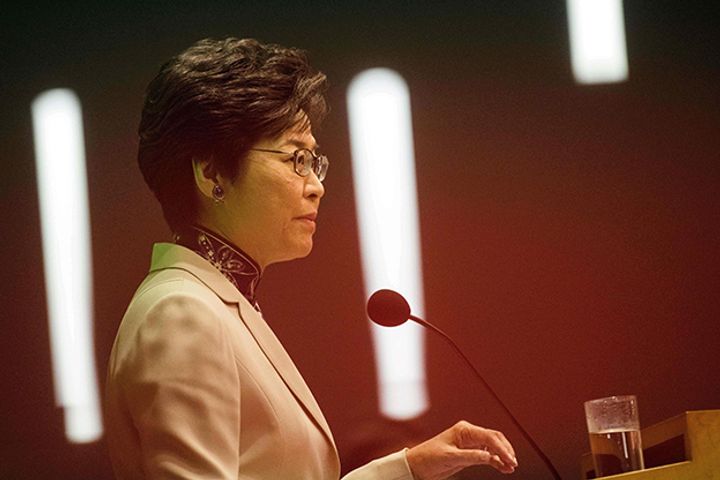 (Yicai Global) Nov. 13 -- Hong Kong yesterday signed a free trade agreement with the Association of Southeast Asian Nations (ASEAN) in the Philippines, shortly after Carrie Lam, chief executive of the Chinese special administrative region, made her first appearance as CEO at the APEC Economic Leaders' Meeting.

Protectionism has been a rising trend internationally as people suspect globalization could impact local economies, Lam said in a press conference on Nov. 11 in Danang, Vietnam, one day before the FTA was signed. "Hong Kong will continuously uphold the multilateral trade system and open economy," she confirmed.

The special administrative region also penned an investment agreement with the ASEAN.

Singapore agreed to levy zero customs duties on goods from Hong Kong under the deals, The Standard, a Hong Kong-based news outlet, reported today. Brunei, Malaysia, the Philippines and Thailand committed to cut about 85 percent of their duties on Hong Kong goods within a decade, and lop off another 10 percent within four years after that.

Under the agreements, firms from Hong Kong will be able to take half or full ownership of companies in different industries across ASEAN nations.