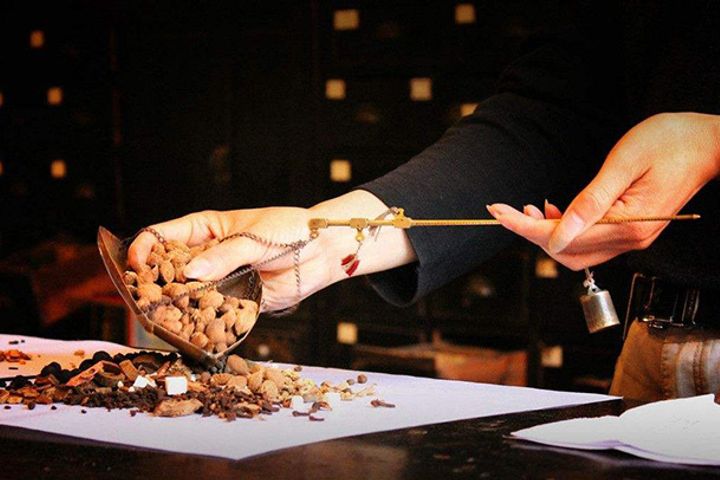 TCM is gaining recognition for medical treatments, weight loss and body care in the special administrative region, and many high school graduates are competing for spots on TCM courses in the mainland, particularly Guangdong province which borders Hong Kong and has a similar culture.

There are 1,023 Hong Kong students at Guangzhou University of Chinese Medicine, the institute's President Wang Shengliang told Yicai Global. Among them, 882 are undergraduates, 52 are studying master's courses and 89 are researching for their doctorate, he added.

"Even more are signing up this year," Wang continued. "We originally planned to recruit 100 high school graduates from Hong Kong, but there are as many as 300 applicants."

The institute has more TCM students from Hong Kong than any other school on the mainland, and according to its own data has trained more than 10,000 Chinese medicine professionals from the region. It also consistently ranks top in pass rates for league tables covering TCM courses in Hong Kong and on the mainland.

"Most medical professionals in Hong Kong and Macao have studied on the mainland, and many at our school," Wang added, saying the institute has exchange programs with three universities in Hong Kong and two in Macao.

"I feel that over the past few years, the number of people who have come from Hong Kong to study traditional Chinese medicine on the mainland is extremely high," said Yuan Zilang, a Hong Kong master's student of acupuncture and massage at Guangzhou University of Chinese Medicine. Yuan speaks in perfect Mandarin and his Hong Kong accent is barely detectable. He has been with the school for nearly seven years, and is happy with the choice he made.

TCM originated on the Chinese mainland and by studying there, Hong Kong students have access to renowned TCM practitioners and more opportunities for clinical practice. After graduating, most return home to start their own clinic, and many have become an integral part of the local TCM community in the Guangdong-Hong Kong-Macao Greater Bay Area.

"Our school is particularly good for clinical practice, and I'd rather do that than go into research after I graduate," Yuan said. "Most other Hong Kong students studying here will also head home or work around southern China after graduation."

Part of the reason Yuan chose to study in Guangdong is that fewer schools in Hong Kong teach TCM, and the ones that do are much smaller and have limited places.

Founded in 1998, his school is the oldest and largest in Hong Kong, but is still much younger than mainland institutes.

"Hong Kong's enrolment quota for TCM students is pretty much fixed, with around 70 spots for undergraduates and 15 for post-grad students," the dean said. "We recruit about 30 a year, with 15 studying Chinese Medicine -- the other schools in Hong Kong don't even enroll undergraduates." There are also few internship opportunities in the city, he added.

There are more than 9,000 registered TCM physicians in Hong Kong, according to the dean. But Yuan isn't worried about market saturation.

"There's a lack of high-quality practitioners," he said. He believes that even with Hong Kong's sky-high rent rates, it would be possible to bring in a monthly profit between HKD70,000 (USD8,900) and HKD80,000.