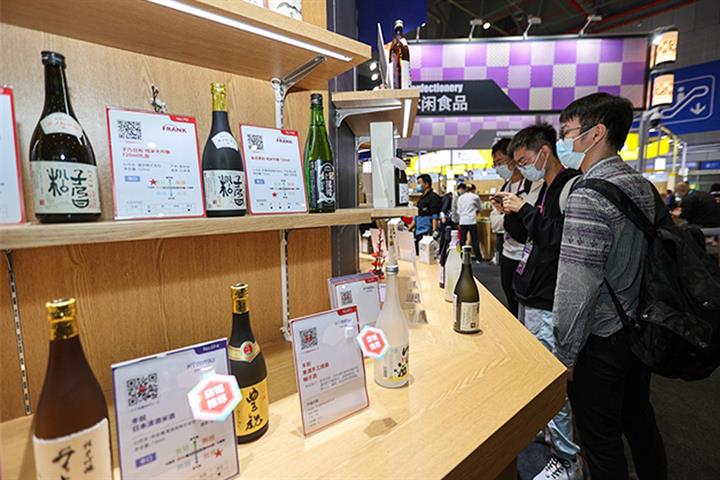 How Dependent Is Japanese Trade on China?

(Yicai Global) Feb. 8 -- Japan imported a broader range of goods from China than the United States and Germany, a recent report published on the official website of the country’s Cabinet Office pointed out, citing 2019 data.

If China were unable to export due to supply disruptions, Japan would be hard-pressed to find substitute countries to import many of its products, which would have a huge impact, according to the World Economic Trends 2021 report, released on Feb. 3.

In 2019, almost 99 percent of laptop and desktop computers in the Japanese market were from China, data showed, while the proportion of mobile phones imported from China was as high as 86 percent, a significant increase from 69 percent 10 years earlier.

The proportion of imported spare parts for computers from China was about 62 percent, while dependence on garments and shoes made in China dropped drastically to about 50 percent in 2019 compared with 2009.

The report also noted that China, which has recovered rapidly in the post-pandemic era, also imported a large number of industrial products from Japan, including non-ferrous metals, autos and plastics. Both markets are becoming more deeply entwined.

Over one-third of Japan’s exported agricultural and aquatic produce went to China, per the latest figures from the Japanese Ministry of Agriculture, Forestry and Fisheries.

In 2021, Japan’s farm exports rose 25 percent from the previous year to JPY1.24 trillion (USD10.8 billion). Of these, farm goods worth USD1.9 billion were exported to the Chinese mainland, followed by Hong Kong and the US, each at USD1.46 billion.

Prior to the release of this data, the Japanese government had launched a subsidy program of up to JPY243.5 billion (USD2.1 billion), calling on its businesses to implement supply chain reforms, such as moving back to Japan or relocating to Southeast Asia. But the number of Japanese firms that responded to the initiative was very limited.

The relocation of some of Japan production capacity to Southeast Asian countries can be traced back four to five years, Stephens Lee, a tax services partner at PricewaterhouseCoopers China, told Yicai Global. In fact, for many years the growth of Japanese firms that shifted to SE Asia has been a mixed bag, he said.

“The companies’ production costs in Vietnam may be as much as one-third of those in China, but at present, the output of China’s labor force probably boasts an eight-fold advantage to that of the Vietnamese labor force,” Lee noted. “So relocating supply chains to Southeast Asia may not actually lower costs.”

Sixty-five percent of Japanese firms polled in the survey believed that they enjoyed the same treatment as Chinese businesses, or even better. Only 21 percent considered low labor cost as the main reason for their development in China. And the proportion of Japanese companies that value the potential of China’s consumer market was 87 percent.

Junichi Sugawara, a senior researcher at the Mizuho Research Institute in Japan, previously said in an interview with Yicai Global that Japan is becoming increasingly dependent on China in terms of industry.

While diversifying their industrial chains, Japanese companies must also realize that in the future, they cannot merely regard China as an export processing base, but more importantly, as a market that consumes goods produced by these firms, he added.