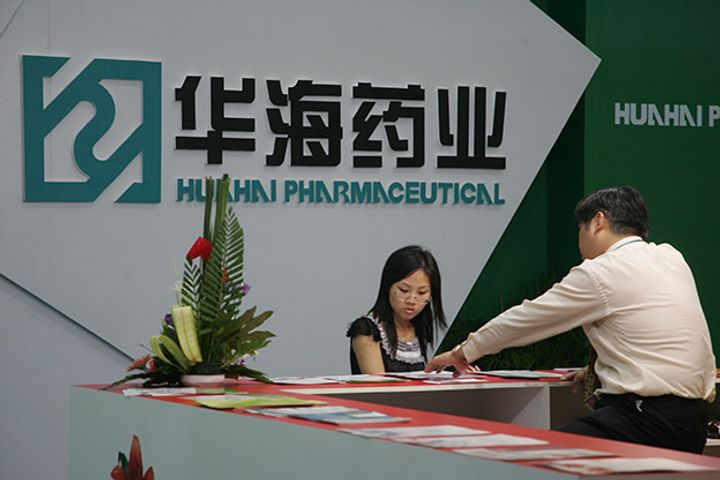 (Yicai Global) Aug. 22 -- Zhejiang Huahai Pharmaceutical Co.'s [SHA:600521] operating income almost doubled in the first half of this year as net profit increased by more than 10 percent, according to its interim report.

The firm brought in CNY2.34 billion (USD351 million) in revenue over the first six months, up 18.5 percent on the year, the report showed. Net profit attributable to shareholders was CNY295 million (USD 44 million), 14.1 percent more than the same period last year.

Huahai Pharmaceutical was initially very export-focused and lacked a strong domestic marketing network. Sales outside China once made up 80 percent of its total.

However, state support for China sales of drugs that had been introduced overseas influenced the company's strategic direction. It has since expanded its domestic sales teams and more products are being accepted overseas, with five complete applications so far.

The firm's first half expenses grew quickly compared with the year before. Sales and management costs increased 79 percent and 19.5 percent respectively, with these two costs and financial outgoings totaling CNY957 million (USD143 million), equivalent to 40.7 percent of all revenue.

Huahai Pharmaceutical used to run its domestic sales through agencies but has now begun to adopt its own sales teams, an analyst at a securities firm for the pharmaceutical industry told Yicai Global. The changes have ramped up costs as it adjusts to the new approach. A survey from Zhongtai Securities shows 80 percent of the company's domestic sales were made through agents.