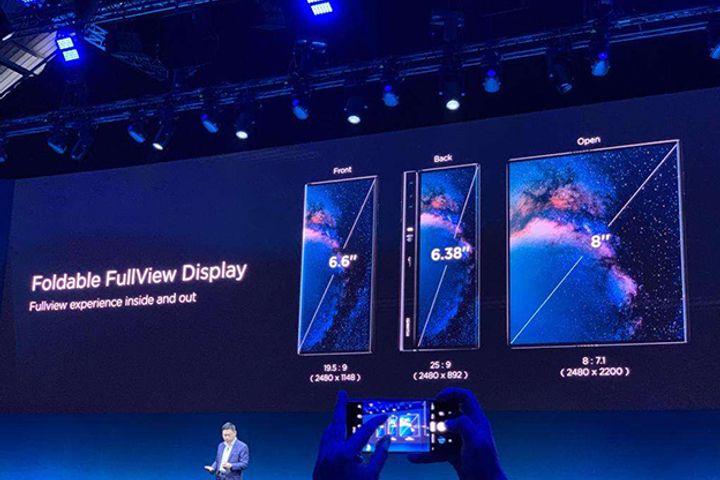 (Yicai Global) Feb. 25 -- Huawei Technologies has unveiled its first smartphone with a foldable screen and fifth-generation wireless technology. At CNY17,498 (USD2,606) each, the Mate X is the world's most expensive foldable 5G phone.

Samsung's Galaxy Fold will retail for USD1,980 when it hits the market on April 26. That is already USD500 pricier than the most expensive iPhone.

The Mate X is also the world's fastest foldable phone utilizing 5G mobile networks and is the lightest, the company said in a statement. It supports 5G wireless systems and features Balong 5000 and Kirin 980 chips, enabling ultra-high-speed transmission of up to 4.6 gigabits-per-second. That means a 1-gigabyte movie can be downloaded in three seconds.

The handset supports 5G standards for independent and non-independent networking as well as double subscriber identity modules. 5G sim cards can be inserted into any of the slots. It also supports 4G and older wireless technology versions.