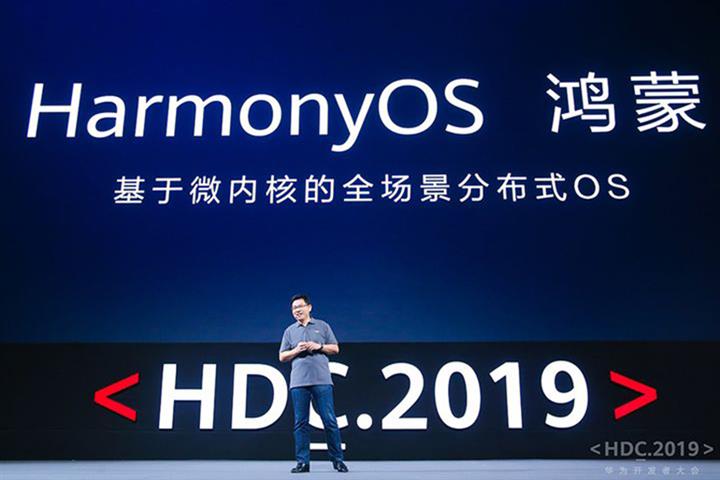 "Should all Chinese companies be banned from using the Google ecosystem, we will sell Harmony OS globally as an alternative to Google," Yu Chengdong, chief executive of the firm's consumer business, told financial news outlet Sina.

Shenzhen-based Huawei has invested hundreds of millions of Chinese yuan in the past year to develop its own OS and devices in order to operate independently of US technology after a series of trade bans.

The US government placed Huawei on its so-called Entity List last May over national security concerns, barring US companies from buying its products and from selling it their hardware and software. This has meant that key apps, such as Google’s Play Store, Google Maps and Youtube, are no longer accessible on the latest Huawei phones, greatly affecting the general user experience.

This May, the US tightened the noose to include semiconductors not only made in the US but also those manufactured in other countries using US software and technology, inflicting great damage on the Shenzhen-based firm’s global supply chain.

Last year, Huawei should have sold between 300 million and 350 million mobile phones, but due to the sanctions, it only shifted 240 million units, Yu said.

US sanctions are unreasonable in the context of globalization, he added. There are no restrictions on US tech giant Apple's sales in China, yet our mobile phones cannot be sold at US retailers Wal-Mart and Best Buy, said Yu.

"If China imposed the same sanctions as the US, it could halt the world production of electronics as well as aircrafts and cars,” Yu said.

"Our only mistake is that we are a Chinese firm," he said.

“People tend to ignore widgets, but with globalization, China has a say in many areas. However, China has not acted as the US has done," Yu said.