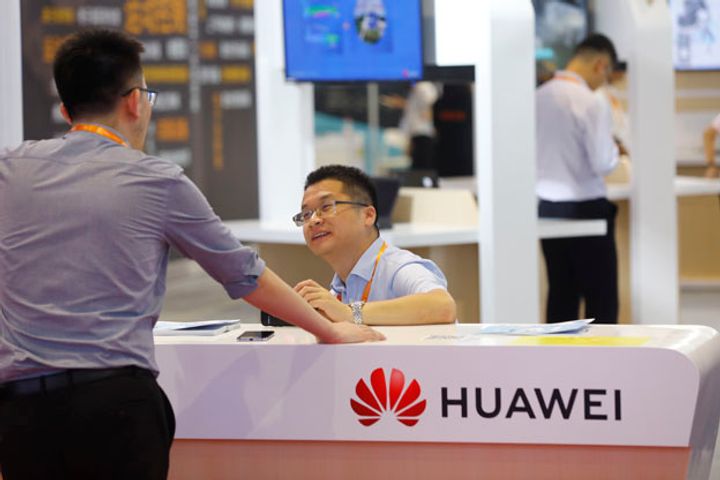 The Shenzhen-based company is angling for annual sales of 10 million sets, the reports said, citing an unidentified supplier upstream. Huawei declined to comment.

Another supplier was surprised at the figure being bandied about. "The number 10 million is quite an exaggeration," a hardware provider for Huawei's large-display products told Yicai Global. "The figure won't exceed 3 million for this year." The company's big-display products will soon hit the market but in small numbers, he added.

Huawei has denied previous reports that it plans to enter the TV arena. "Huawei does not intend to and will not get into the field of traditional electrical appliances," Yu Chengdong, the chief executive of its consumer business group, said at the Appliance & Electronics World Expo in Shanghai earlier this month.

Still, Yu added that the entire sector has welcomed the era of artificial intelligence. Speakers with screens and large AI displays can work as TVs. Huawei is in talks with partners and does not intend to start the business alone, meaning it will not tap the customary home appliances market and would instead enter it with 'new products.'

"Many issues have yet to be decided and the process will be fairly slow," an analyst at Beijing-based Sigmaintell Consulting said. "The number cannot reach 10 million, but will be about 1 million." Huawei's Honor brand will launch the first products, while Huawei-branded ones would not debut immediately, she added.

Huawei's large-display units will integrate smart TVs and routers. They can be called 'routers with displays' rather than TVs, a market insider told Yicai Global. These big-screen products may also be equipped with double monitors and support gaming and social networking, another source said.

The Smart Home market will also be an important aspect of the company's future positioning, and it hopes this business can account for 30 percent of its terminals, Huawei told Yicai Global previously.