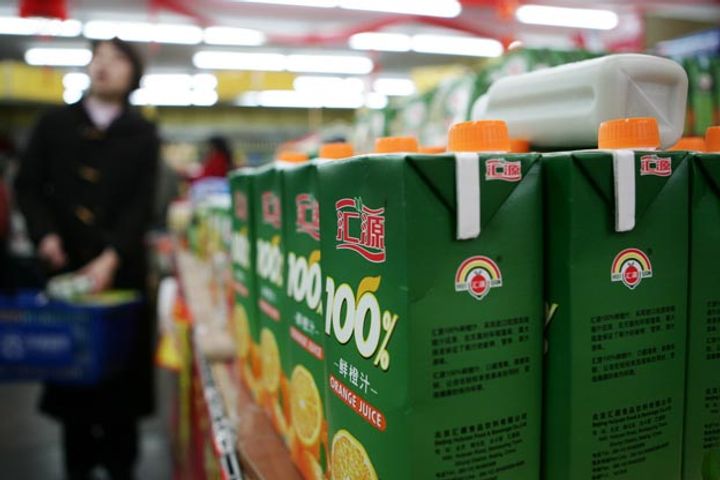 (Yicai Global) Aug. 1 -- China Huiyuan Juice Group, the country's largest private juice producer, is facing a possible delisting from the Hong Kong bourse as it struggles to get to grips with a severe debt crisis.

The Beijing-based beverage maker [HKG:1886], once a HKD18 billion (USD2.3 billion) acquisition target of Coca-Cola, has accrued debts running into billions of yuan and the company's shares have been suspended for almost four months.

Huiyuan Juice's debt-to-liability ratio is rising but remains at a generally normal level, China Securities Journal reported a representative of the firm as saying yesterday, adding that the firm is capable of paying back its arrears.

Liquid assets also outnumbered the firm's liquid liabilities last year, demonstrating a sound financial status and a strong short-term debt redemption capacity, he added. The representative referred to the company's reported debt crisis as an ungrounded conclusion and a misunderstanding of the firm's liability.

Nevertheless, Huiyuan Juice's shares are still suspended after the firm failed to issue its full-year financial report for 2017 and allow Hong Kong Stock Exchange to investigate an illegal loan paid out the by the company that year. The firm will be forced to delist if its unable to restart trading by 2020.

The company's interim report for the first half of last year showed that the drinks maker had accrued CNY8.6 billion (USD1.3 billion) in debts. Huiyuan Juice was also found to have lent CNY4.2 billion to affiliate party Beijing Huiyuan in August 2017, raising questions among investors and regulators alike as to why the funds weren't used to pay back arrears.

Huiyuan Juice attributed the loan, which ran to March this year, to the firm's efforts to gain some 10 percent interest on repayments. The enterprise stated that repaying its own debts would have involved multiple factors such as corporate debt structure and cross-border payments, which were not practical options at that time.

Securities regulators in Hong Kong reprimanded the firm for not receiving board approvals for the loan and for failing to announce the deal to investors at the time. HKEX suspended trading in Huiyuan Juice's shares trading in early April and the firm's failure to release its full-year report for 2017 ensured that the suspension remained in place.