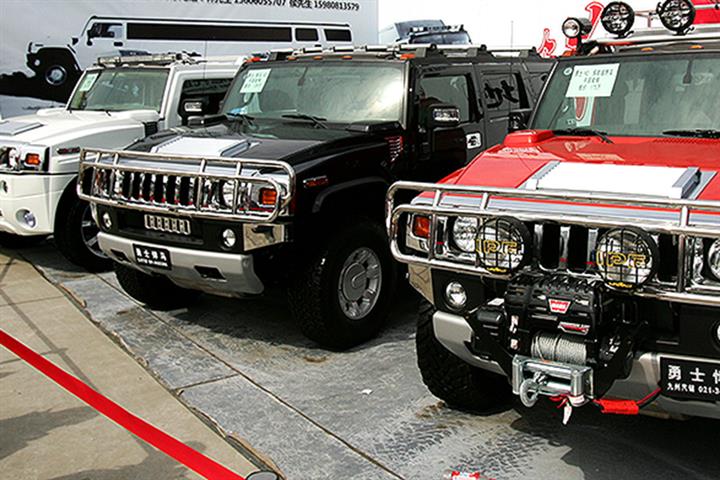 (Yicai Global) July 15 -- J&R Optimum Energy’s shares rose after the Chinese company said it will supply power batteries for an electric version of the resurrected Hummer, a brand of trucks and sport utility vehicles.

The deal is expected to generate revenue of about CNY2.4 billion (USD343.4 million) for J&R Optimum, the Xi’an-based company said in a statement yesterday.

Hummer, which gained global fame during the Gulf War and was later discontinued because of high fuel consumption, is likely to be revived as an electric vehicle in the Chinese market. J&R Optimum said yesterday that 200,000 are expected to be made over the next five years and it will provide the lithium batteries, with a minimum total capacity of 3 Gigawatt hours.

J&R Optimum will partner with Hummer Chongqing New Energy Technology Development, which holds the brand’s license, to jointly develop the Hummer G1.5 and cooperate in the vehicle’s battery support, launch and operation and battery retrieval, the statement added, without providing further details.

J&R Optimum’s lithium power battery business will come back to life if its collaboration with Hummer Chongqing succeeds. Due to a broken capital chain and operational difficulties, OptimumNano Energy, a major lithium battery-making unit of J&R Optimum, filed for bankruptcy and liquidation in November, leading directly to the management and debt problems of its parent company.

Hummer Chongqing was set up as a joint venture between Shenzhen Xinxi Investment Development and My Electric Vehicle Trading under the UK’s MHE. It researches, develops and sells Hummer’s new energy vehicles worldwide. The JV has also secured Hummer brand and product licensing from overseas shareholder My Electric Vehicle, according to its website.

Hummer Chongqing has funded the construction of a Hummer electric car production line in Hefei, the capital of China’s eastern Anhui province, with an annual capacity for 50,000 vehicles, corresponding to an overall installed power battery capacity of 0.76 Gigawatt hours, the statement said, adding that the plant has so far received 400 orders for Hummer G1s.