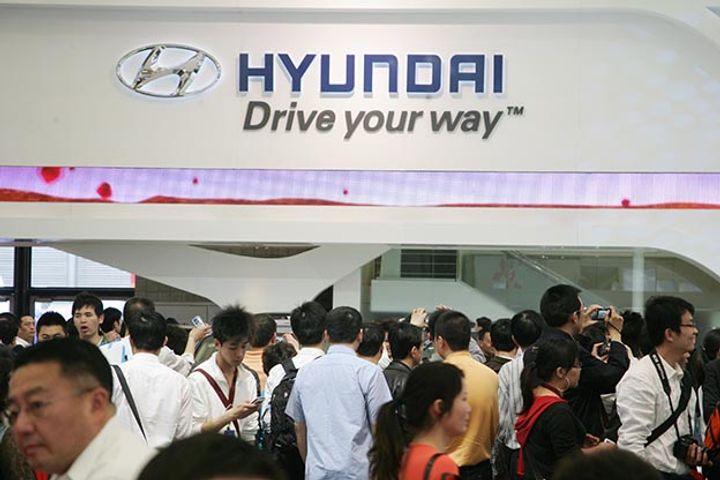 The firm's China joint venture with BAIC Motor, Beijing Hyundai Motor, may also cut subsidies to dealers and export vehicles made in the country to Southeast Asia and South America, an attendant at a Hyundai open day in Seoul told Yicai Global, citing Lee as saying at the event.

Beijing Hyundai has six factories in China as of late last year with the capability to produce about 1.8 million units per annum, though it only made about 806,000 last year, selling 802,000, per data from the Korea Automobile Manufacturers Association.

Subsidies help boost sales but impact profit, Lee said, adding that Hyundai would look to focus on delivering high-end models to Chinese consumers, reducing supplies to dealers and gradually lowering subsidies and discounts at sales terminals. It also plans to reduce excess inventory by shipping off China-made cars to foreign markets, with the Philippines first in Lee's sights.

Hyundai will thoroughly restructure the joint venture and put Executive Vice Chairman Chung Eui Sun at the helm of the local arm to assist regional general managers and oversee research, development and sales. He will report directly to Lee, trimming the chain of command between the two companies.

China will just be one area Hyundai is looking to improve in the coming years, as it plans to invest KRW45.3 trillion (USD40.2 billion) over the next five years to boost research and development, capacity levels and sales channels, with KR20.3 trillion of the money going toward smart connected vehicles, or 58 percent more than last year.

The carmaker plans to release eight new or re-modeled sports-utility vehicles worldwide by 2020, double the number it had in 2017. It and affiliate Kia Motors hope to increase their new-energy vehicle count to 23 models this year from 18 in 2018, and unveil electric minivans by 2020.