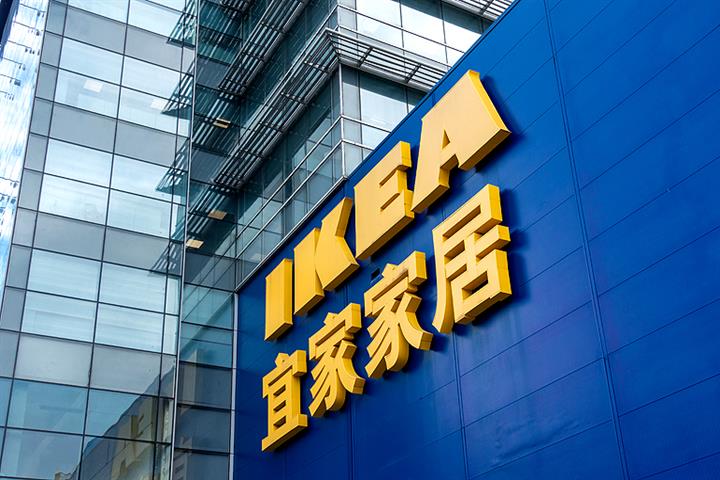 (Yicai Global) Aug. 27 -- Swedish furniture giant IKEA will hasten the expansion of its outlets in the Chinese market in fiscal year 2021 and open new stores in five regions, including Shanghai, and simultaneously expand both its online and offline channels, it announced in Shanghai yesterday.

IKEA will continue to inject capital into China, with more investment in Shanghai than last year, said Francois Brenti, vice president at IKEA China, at the press briefing, but did not specify investment amounts.

The home furnishing retailer now based in Delft, the Netherlands will open up new outlets in Shanghai and Shenzhen and in the second-tier cities of Fuzhou, Nanning and Kunming, Brenti explained, adding the company projects it will recruit some 2,000 employees within the year for deployment to retailing and digital operations.

IKEA China announced strategic adjustments in August last year, saying it intended to invest CNY10 billion (USD1.44 billion) in China to expand channels and digitize its businesses this year in its largest such annual investment ever.

IKEA has already opened seven new stores in Chinese mainland as of this fiscal year, which ends Aug. 31. And it also debuted its online shopping app and flagship shop on Alibaba Group Holding's Tmall e-commerce platform in March.

More than 340,000 subscribers signed onto IKEA's Tmall flagship store on the day of its debut. This figure rose to 1 million after it had operated for one week. Daily active users on IKEA's online shopping app now number 150,000.

INGKA Holding, which is the entity that runs IKEA, has operated 31 big-box stores, one small-box store, two experience stores and three LIVAT Centers in the Chinese mainland since it opened its first outlet in Shanghai in 1998.

IKEA is an acronym consisting of the initials of its founder Ingvar Kamprad with those of Elmtaryd, the farm he grew up on, and Agunnaryd, the Swedish village in which it lies.