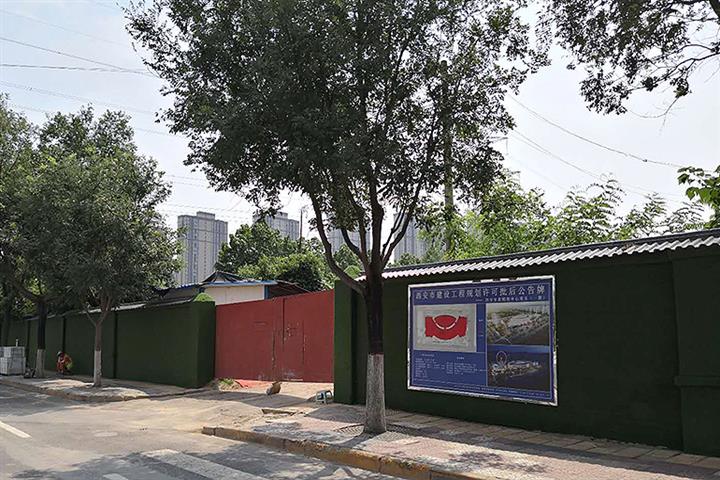 IKEA, which is now based in Delft in the Netherlands, broke ground on the project in the southwest of Xi'an in 2017. The complex, which will have a home furnishing section, a department store, supermarket, home appliances and catering and entertainment facilities all under one roof, is set to open in 2022.

As the Han tombs started popping up on the building site the local cultural relics protection office immediately deployed to conduct surveys and excavation work that went on until this June.

Xi’an has clear cultural relic protection regulations for real estate projects, a public relations representative at IKEA Xi’an said. When the firm decided to enter the city, it actually took the potential archaeological implications into consideration and included these in its timetable for the project. The recovery work on the underground cultural relics is basically complete, the staffer said, adding the construction of surface buildings will now go on as planned.

Formerly known as Xianyang and Chang’an, Xi'an has a history of 3,100 years and has been the capital of more than 10 Chinese dynasties. It took nearly eight years in consequence to cut the Metro Line 2 that runs through the north-south direction of the city, which is now the capital of China’s northwestern Shaanxi province. The subway line construction turned up more than 130 ancient tombs spanning the Western Han dynasty in 202 BCE to the Ming dynasty in 1368 CE, and more than 200 period artifacts.

IKEA is an acronym consisting of the initials of its founder Ingvar Kamprad with those of Elmtaryd, the farm he grew up on, and Agunnaryd, the Swedish village in which it lies.