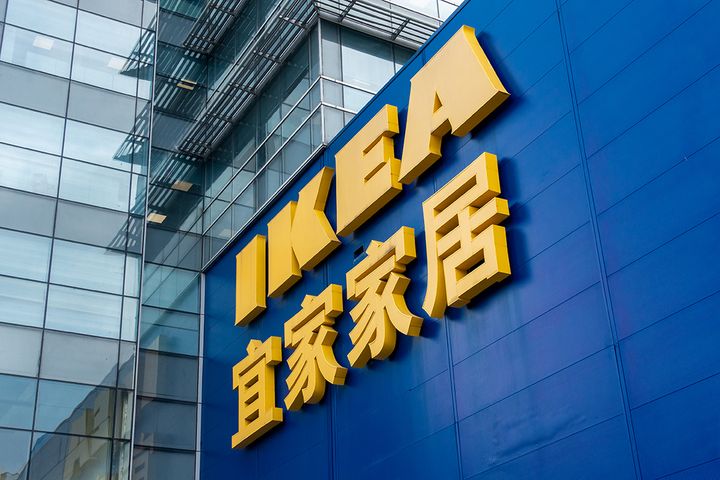 (Yicai Global) Aug 22 -- IKEA plans to invest CNY10 billion (USD1.41 billion) in the Chinese market to advance its commercial operations and digitization, it announced today at a press briefing in Beijing at which it outlined its strategy for the next three years.

This is the largest annual China investment amount in IKEA's history, the Beijing Daily reported.

IKEA's local unit will also recruit more than 3,000 new employees in the new fiscal year. It is still evaluating and positioning more projects, and the investment announced today will further increase in the next two years, the firm pledged.

China's market for home furnishings is currently in a period of steady growth, stated Anna Pawlak-Kuliga, president of IKEA China. The country's urbanization is gathering pace, its digital development is rapid, and residents' per capita disposable income is on the rise, all of which has transformed the way people live and consume, she noted. The company is brimming with confidence in the Chinese market, she added.

To further promote the development of its domestic business, IKEA will also actively explore new business models and is committed to becoming a 'home life service expert' for consumers, said Zhang Lina, vice president of business at the China unit. All the firm's offline stores and online platforms will offer a whole-house design service starting from next month, she continued, which will allow customers to communicate one-on-one with designers in a one-stop full-chain service.

The Chinese unit of the Leiden, Netherlands-based ready-to-assemble home furnishings supplier will also upgrade its business to the public, while cooperating with commercial real estate companies to create well-appointed long-term rental apartments.

China is the only market outside of Sweden -- where the company formed in 1943 -- with a complete IKEA supply chain. Since opening its first store in Shanghai in 1998, IKEA China has since cut the ribbon on 27 malls, two experience centers, four logistics distribution centers and seven distribution centers in 21 cities in the mainland.

It inaugurated its e-commerce business in October, which now serves 227 cities nationwide.