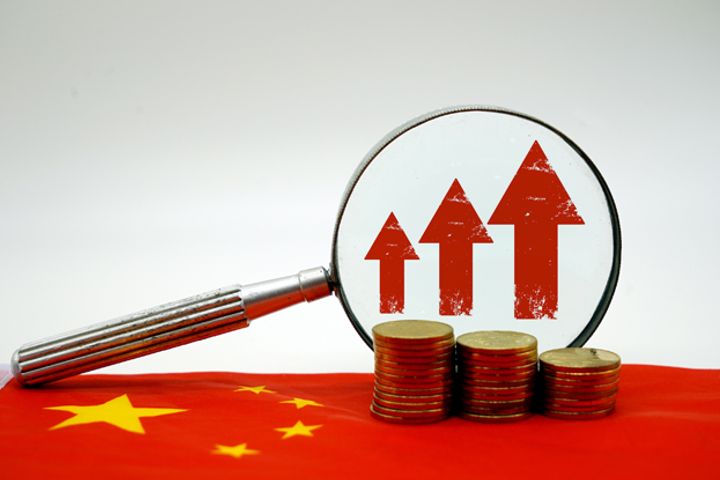 "Risks are tilted to the downside," First Deputy Manager Director David Lipton said in a press release announcing the change, which also reduced its expectations for 2020 growth to 6 percent, down from 6.1 percent.

Lipton and other IMF executives held two weeks of consultative talks with China ended June 5. The discussions focused on Beijing's policy agenda in terms of supporting the economy amid rising trade friction while retaining progress in its shift from high-speed to high-quality growth, Lipton added. He expects expansion to slow to 5.5 percent by 2024 as the economy veers toward sustainability.

The IMF hiked its prediction for China's 2019 growth by 0.1 point to 6.3 percent in April this year, but lowered its 2020 forecast by the same amount to 6.1 percent. Its latest report forecast China's consumer price index will climb 2.3 percent this year due to an increase in food prices.

"The policy stimulus announced so far is sufficient to stabilize growth in 2019/20 despite the recent US tariff hike," Lipton said. "No additional policy easing is needed, provided there are no further increases in tariffs or a significant slowdown in growth."

But if things go pear-shaped, additional policy easing would useful to stem the risks to economic and financial stability, he added, suggesting fiscal expansion as a means to steady the economy as this is centrally financed, pro-rebalancing and targets low-income households.

Kenneth Kang, deputy director of the IMF's Asia Pacific Department, added at a press conference held at the end of the talks that China has made solid progress in reducing its credit growth in recent years. A rapid rise in borrowing has led to financial fragility, pushing household debts up to 50 percent of gross domestic product from around 20 percent 10 years ago, he added, saying China has the tools to keep on top of the problem.

The yuan also performed in line with medium-term fundamentals last year, he continued, saying the currency right now is neither over- nor undervalued. The IMF believes the yuan exchange rate has become more flexible and market-based which helps to buffer external shocks, and the fund wants China to further open up its exchange rate mechanism, Kang said.