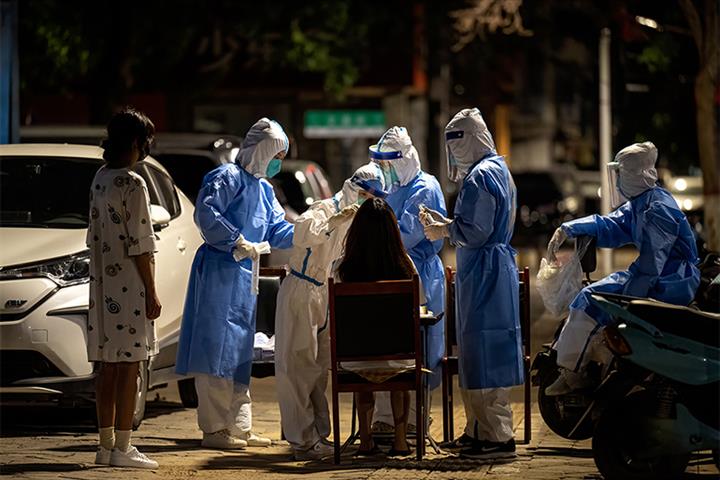 (Yicai Global) Aug. 2 -- A hospital in Zhengzhou in central Henan province which serves as the main treatment center for imported cases of Covid-19 has been experiencing an outbreak of its own as the city, recently devastated by record rainfall and flooding, struggles to contain a new wave of the highly contagious Delta strain, mostly brought in from abroad.

Some 33 cases and 22 asymptomatic ones were detected in Zhengzhou last week as the municipality becomes part of a wider outbreak that first started in Nanjing, eastern Jiangsu province, on July 20. Most of these are among cleaning staff and medical workers at the Sixth People’s Hospital of Zhengzhou, according to the Henan health commission.

The outbreak occurred inside the hospital, Wang Songqiang, director of the Zhengzhou Center for Disease Control and Prevention, said at a press conference on July 31.

As a result, two top officials have swiftly been given the boot. Fu Guirong, director of the Zhengzhou Municipal Health Commission, and Ma Shuhuan, secretary of the Party Committee of the Sixth People's Hospital of Zhengzhou, have both been removed from their posts for dereliction of duty, according to local media reports.

The outbreak has been linked to two Air China flights that arrived from Yangon, Myanmar last month, bringing in 16 infected passengers, and to the same Air China flight from Moscow, Russia that sparked the new cluster in Nanjing.

The CA910 flight flew from Moscow to Zhengzhou on July 3, to Lanzhou in northwestern Gansu province on July 16, and to Nanjing on July 20, bringing in a total of 17 cases. It has now been suspended for six weeks.