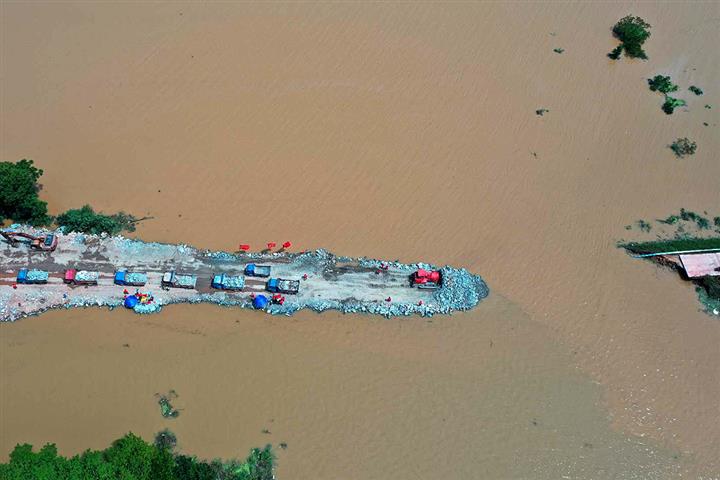 The flood disasters have afflicted 37.89 million people nationwide, leaving 141 dead or missing, and collapsing 28,000 houses as of noon on July 12, and leading to CNY82.23 billion (USD11.74 billion) in direct economic losses, the latest official data show. 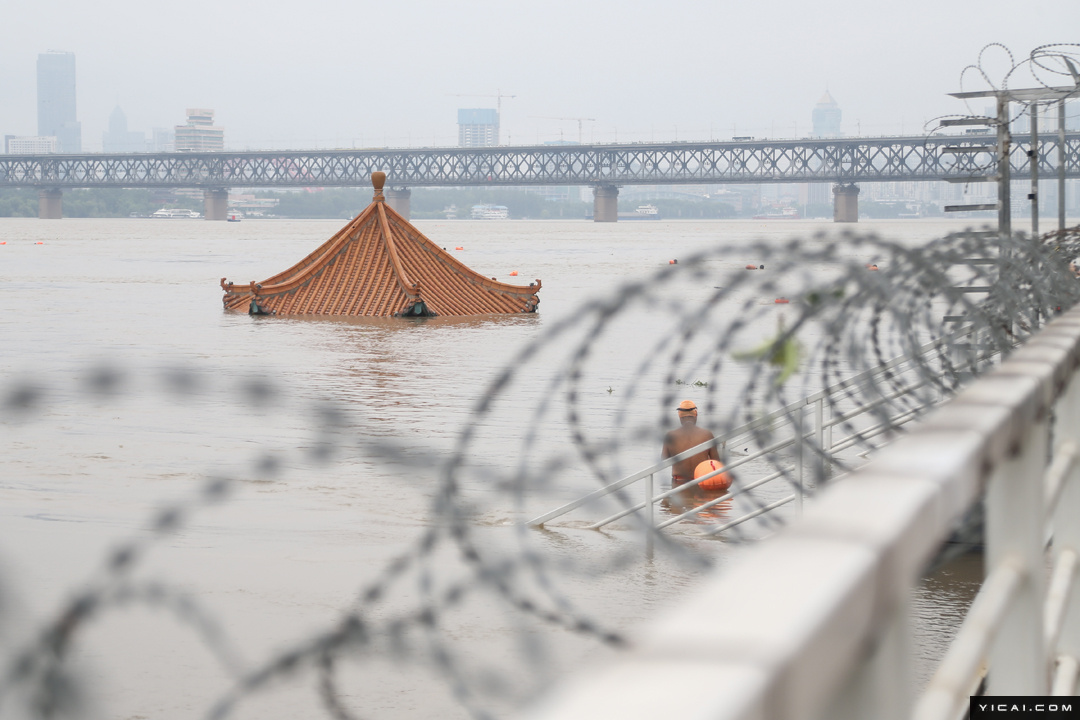 The rising Yangtze River has drowned a pavilion at the riverside in Wuhan, the capital of Hubei province. 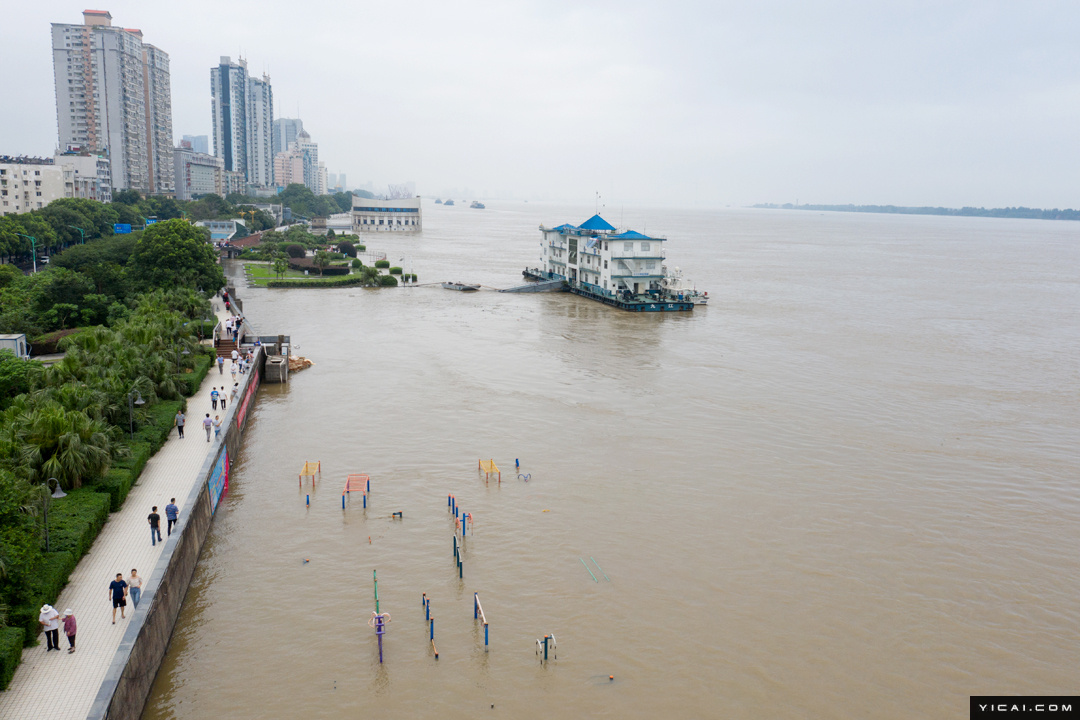 The ‘Long River,’ as the Yangtze is called in Chinese, has swamped a public exercise park in Jiujiang, Jiangxi province. 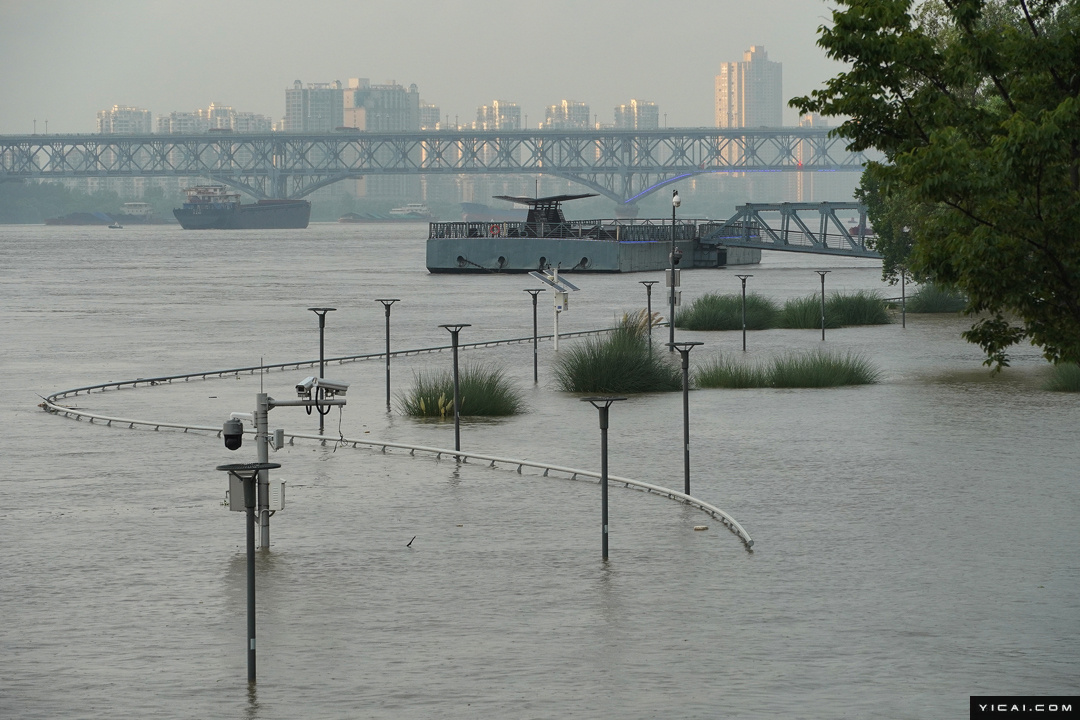 The river level is a mere 20 centimeters short of a historic high in Nanjing, capital of Jiangsu province. 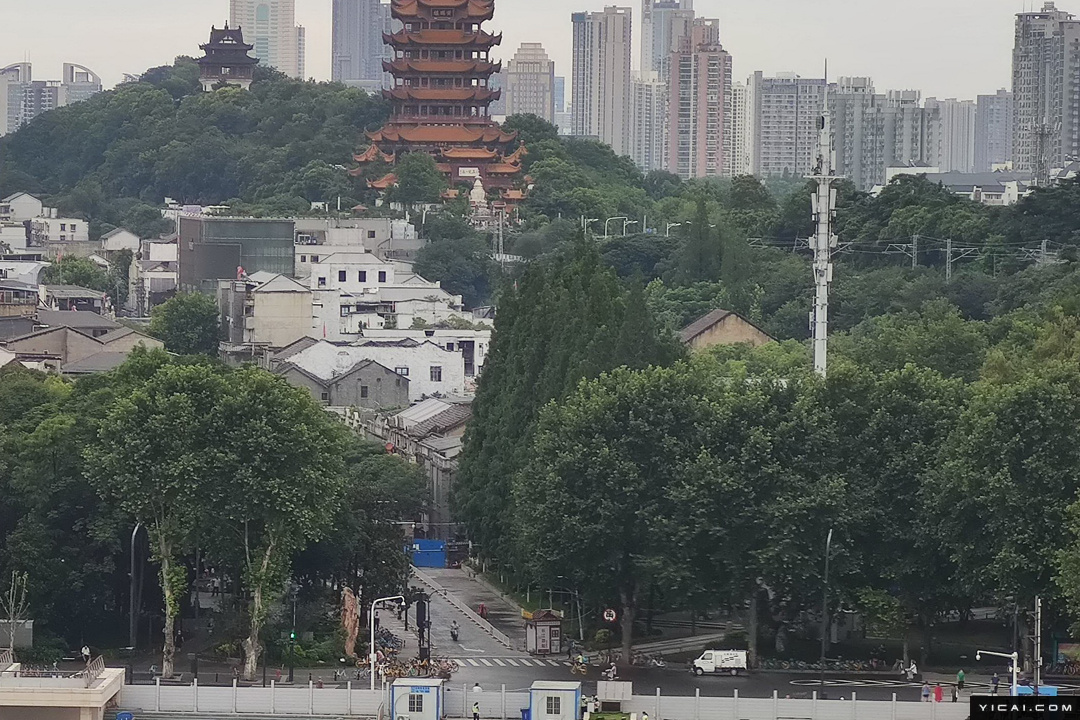 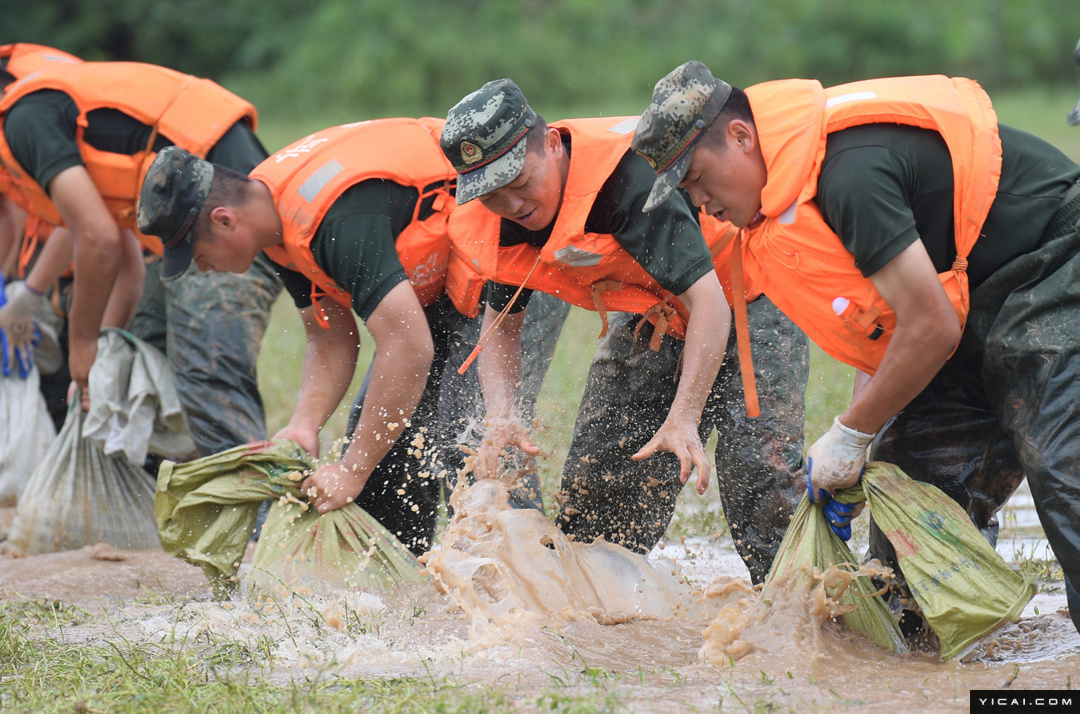 Rescue workers shore up an embankment in Shangrao, Jiangxi province.