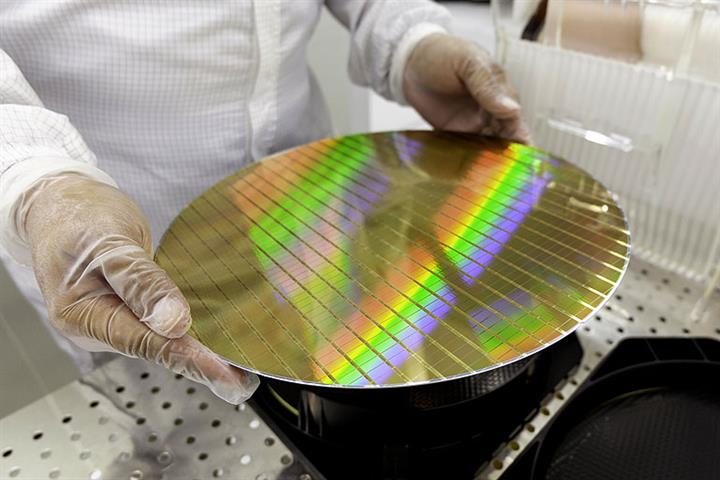 TSMC, the world’s biggest contract chipmaker, yesterday said it will quadruple planned spending on capacity increases over the next three years to USD100 billion. SK Hynix, South Korea’s No. 2 chipmaker, was given the green light on March 30 to build a USD106 billion new production complex.

US-based Intel said on March 23 that it plans to invest USD20 billion in new wafer foundries to enable the world’s largest chipmaker to produce more of its own as well as those of other developers.

Surging demand has led to longer lead times. San Diego-based Qualcomm’s delivery cycle has been extended to more than seven months and that of the UK’s CSR Bluetooth audio chips to more than eight, according to an industry insider.

Expanding production capacity is not easy, however. It requires huge investment to build the foundries and to keep up with technological advancements. Last year, there were 191 production lines worldwide for the eight-inch wafers commonly used in phones, an increase of just three from 2016, according to Global Microelectronics Market Data.

Output needs to double by 2026 and to expand two-and-a-half times by 2030 based on current demand, according to Chen Nanxiang, co-president of semiconductor manufacturer Tsinghua Unigroup. The market could be worth USD1 trillion by 2030, he said last month.

China has the most wafer projects under construction, 19 of which will produce 300-millimeter wafers and another seven will make 200 mm ones. Since 2017 it has built 39 plants, 35 of which are Chinese owned.

Demand is cyclical and the capacity shortage may ease next year and could even run into oversupply, Gu said. But in the long run, the gap between supply and demand will remain and the lack of capacity has curbed the growth of China's chip industry, he added.