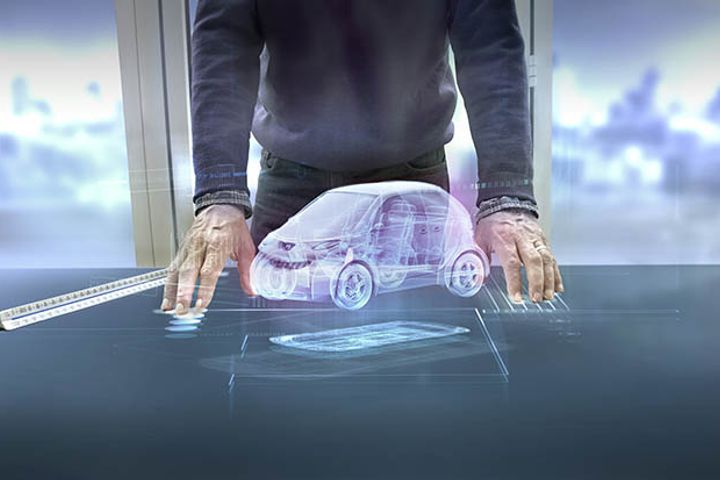 (Yicai Global) Sept. 10 -- Several multinational automakers are planning to play their trump cards at the first China International Import Expo in November with the showcasing of their latest new energy technologies and products. China represents the biggest market globally for NEV players.

Carmakers confirmed for the expo include Volkswagen, General Motors, Toyota, Honda, Mercedes-Benz, Ford, Nissan, Fiat, Jaguar Land Rover, Tesla, Hyundai and Kia, while parts manufacturers such as Bosch and Aisin Seiki will also be on hand to unveil latest products and technologies.

The firms plan to use CIIE as a platform to demonstrate their capabilities to Chinese consumers, and NEVs will make up a key feature of the expo.

Japanese and Korean automakers, traditional leaders in the hydrogen fuel-cell vehicle sector, will be exhibiting their achievements at CIIE.

Japanese auto giant Honda Motor has set up a team to support its participation and will bring hydrogen fuel vehicles and refueling equipment to the expo including its Clarity Fuel Cell product. The cell is equipped with a 70 MPa high-pressure hydrogen tank enabling a fuel-filling in a mere three minutes. The industry-leading product is capable of powering a vehicle for 750 kilometers.

The firm is yet to consider selling the product in China, a representative for Honda told Yicai Global. Honda has however submitted an application for the Clarity trademark in China, suggesting a launch could happen in the future.

South Korea's Hyundai Motor has also made breakthroughs in the development of hydrogen fuel vehicles. The company will show the newly-developed FCV NEXO at the expo, which is equipped with a new energy system and a driving assistant mechanism. NEXO is reportedly set for a lunch next year as a successor to the ix35 FCV, which was the firm's first mass-produced FCV in early 2013.

Global sales of NEVs grew by almost one-third annually in the first half of this year to 720,000, almost half were in China.

Overseas automakers and auto parts companies are looking for new opportunities in China's market, and sales of new energy vehicles will grow rapidly in the future. With the reduction of import tariffs on automobiles and Chinese government's lifting of limits on the ratio of foreign shares in joint ventures, multinational auto companies are trying to further understand the needs of Chinese consumers through participation in CIIE.