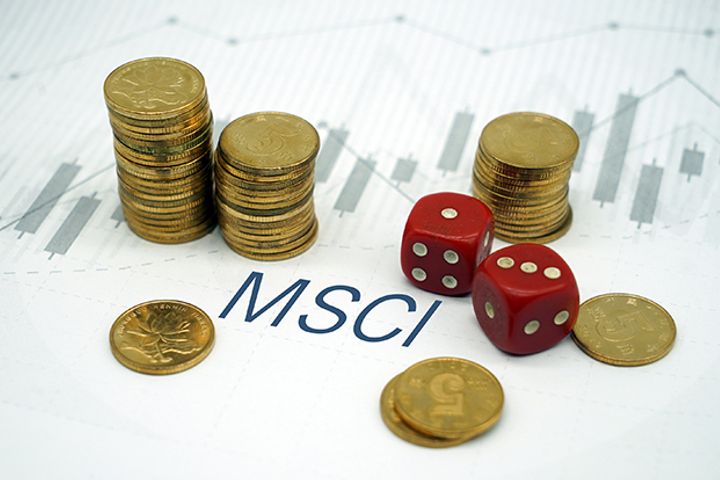 (Yicai Global) Feb. 28 -- Investors have taken mixed approaches to benchmark provider MSCI's expected move to lift the weighting of Chinese stocks in its global indexes up to 20 percent. MSCI will announce its decision at dawn.

Many large foreign-funded financial institutions initially welcomed MSCI's grand plans for China, but some have taken a couple of steps backward to suggest a prudent increase to the limit of 10 percent for now, Yicai Global learned from interviews with these firms. MSCI will release its consultation results at 5 a.m. Beijing time, followed by a press conference, the New York-based company said in a statement that was sent to Yicai Global yesterday.

Chinese stocks have their caveats. Foreign investors may have a hard time understanding the code of Chinese corporate governance while it is up to them to assess the risks, Michael Wu, a China executive from Northern Trust told Yicai Global earlier this month. Investor sentiments may also be dampened by Chinese bourses' lackluster performance in 2018, which was the worst year for those of Shanghai and Shenzhen in a decade.

Last September, MSCI said it would consider raising the inclusion factor to 20 percent in two steps in May and August of this year. That could pour USD80 billion of offshore investment into the world's second-largest economy, Reuters reported last November.

MSCI added 234 so-called A-shares, or stocks traded the two Chinese mainland bourses of Shanghai and Shenzhen, to its global indexes for the first time in June 2018. The addition of these large-cap firms, which included Industrial and Commercial Bank of China, PetroChina and white goods maker Haier, was an important step toward opening up the Chinese market to foreign investment.

Whether MSCI chooses 10 percent or 20 percent -- or something else -- investors have agreed that the irreversible direction is toward more open markets. Foreign capital inflows will become a constant variable in the Chinese markets, while the growing number of overseas investors will become a group whose opinions cannot be ignored, the foreign-funded investment firms said.

With an expected global increase in liquidity, international funds may be allocated to risk assets while the A-share market will remain well-funded, Yang Ling, the chief executive of StarRock Investment Management, told Yicai.

Foreign investors' portion of all available shares on Chinese stock markets rose to 7 percent from a bit over 5 percent in the span of the first quarter of 2018 until the end of the year. During this time, MSCI lifted its weighting of Chinese equities in its indexes to 5 percent, while bringing in USD22 billion, the index provider estimated last May.