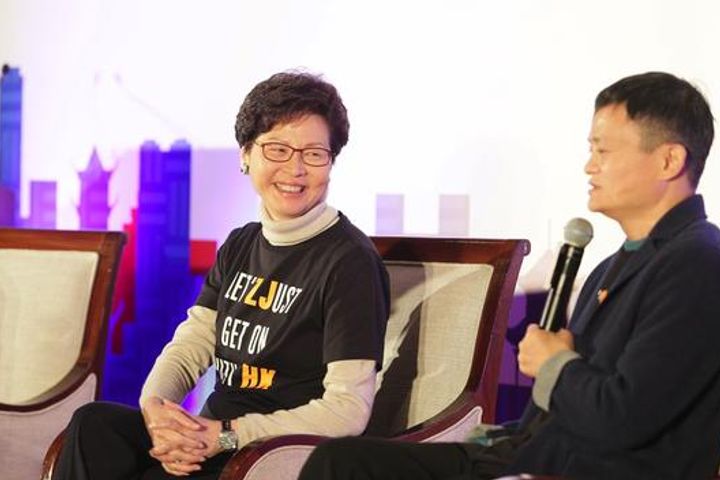 "I hope Alibaba can come back to list in Hong Kong," said Lam, who is chief executive of the Hong Kong Special Administrative Region.

Alibaba is keen to take part in developing the city's financial market, with the aim of building it into the world's second-largest financial center after New York, Ma said. He and Lam spoke yesterday at the inauguration ceremony of the Hong Kong Association of Zhejiang Entrepreneurs.

Shares of the Hangzhou-based company trade in New York, where its 2014 initial public offering remains the world's biggest to date at USD25 billion. Alibaba is now worth close to USD500 billion and ranks among the six largest public companies in the world.

Alibaba applied to float in Hong Kong as a 'partnership,' but the proposal fell flat because it involved listing shares with different voting rights. The firm later listed in the US because it allows dual-class share structures and is open to companies from anywhere.

Five years after the snub, Hong Kong opted to lift restrictions on share offers with differential voting rights in the most significant reform of listing rules in the city in more than 20 years.

Hong Kong's government is committed to innovation and is looking forward to embracing new economy businesses after the introduction of an amended system that allows companies offering different classes of shares with differing voting rights to list in the city, Lam said. The new system represents a major change and demonstrates the government's approval of Alibaba's achievements.