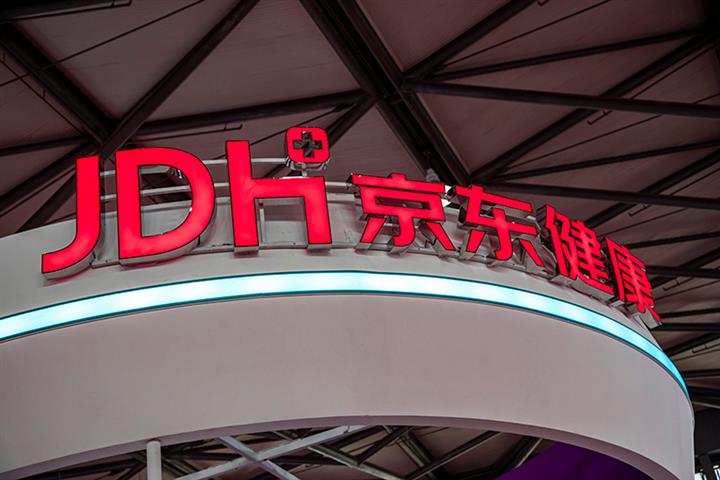 (Yicai Global) Nov. 26 -- JD Health, one of Chinese e-commerce giant JD.Com's planned spinouts, is gunning for a valuation of HKD220.7 billion (USD28.5 billion) in its initial public offering prior to JD bringing its delivery and financial-technology units to the market.

China's largest online pharmacy operator aims to raise as much as HKD27 billion (USD3.5 billion) from its Hong Kong IPO, after pricing 381.9 million shares at between HKD62.80 and HKD70.58 (USD8.10 to USD9.11) each, according to the prospectus the Beijing-based company filed today. Five percent of the shares will be offered publicly and the stock is expected to start trading on Dec. 8.

This is not the Alibaba rival's only affiliate with IPO plans. JD Logistics is seeking a USD40 billion valuation via a share offering, Bloomberg reported on Nov. 24, citing a person familiar with the matter. JD Digital Technology, also known as JD Digits, filed on Sept. 11 to join Shanghai’s Nasdaq-style Star Market in hopes of raising CNY20 billion (USD3 billion).

But it is not clear when JD’s fintech arm will debut as Ant Group's blockbuster IPO was suspended early this month due to the changing regulatory environment in online microlending.

JD, China’s second-biggest e-commerce player, itself completed a secondary listing in Hong Kong in June in which it banked USD4.5 billion. The stock [HKG: 9618] has climbed 53 percent since then, after rising 0.8 percent today to HKD345.80.

JD Health's target valuation is a major upgrade. Last November, it was valued at about USD7.1 billion after securing USD931 million in an A-round of financing, led by JD and CICC Capital. The firm inked a deal for USD830 million with Hillhouse Capital Group in a B-round on Aug. 17, according to its parent company's earnings report.

JD Health made a loss of CNY5.4 billion (USD822.2 million) in the first half, much more than the CNY971.8 million (USD148 million) it lost during the 12 months of 2019. It has not explained why. Revenue jumped 76 percent to CNY8.8 billion in the six months ended June from a year ago. In 2019, the platform was China's biggest online pharmacy by revenue, according to Frost Sullivan.

JD Health has secured six cornerstone investors who collectively agreed to subscribe to as much as USD1.35 billion in stock. They include Singaporean sovereign wealth fund GIC, Hillhouse Capital, and BlackRock.