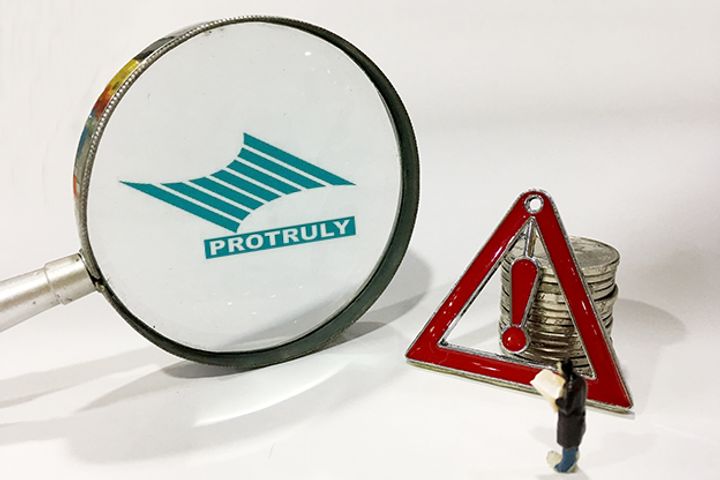 The value of the frozen shares, most of which have been pledged, is around CNY1.5 billion (USD237.9 million).

Some 150 million shares held by Protruly's second-largest shareholder, Shenzhen Risheng Chuangyuan Asset Management Co. were frozen by the court, the electronics maker said on Sept. 15. The shares will be frozen from Sept. 12, 2017 to Sept. 11, 2020.

Risheng Chuangyuan holds 340 million shares in the firm, giving it a 13.95-percent stake. Of these, 326 million have already been pledged.

Chen is the actual controller of Risheng Chuangyuan and also chairman of leading apparel maker Guangdong Rieys Group Co. He ranked 542nd on the Hunrun China Rich List with a fortune worth USD1.05 billion.

Protruly shares slumped in July after China Securities Regulatory Commission penalized it for fabricating agreements. It has also had over CNY100 million in funds frozen by banks.