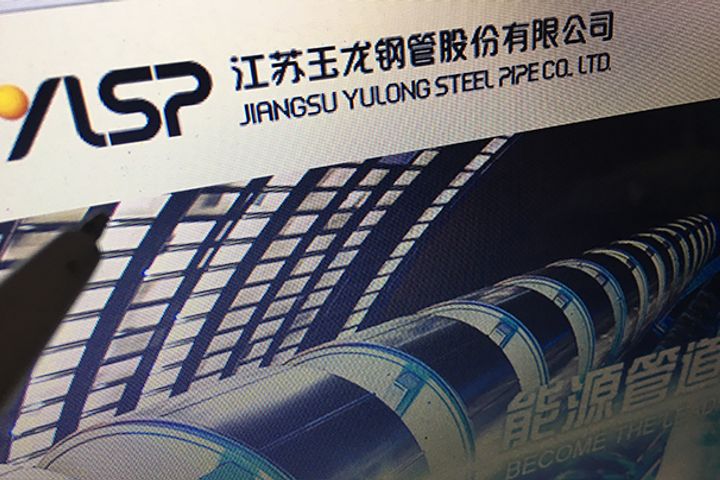 (Yicai Global) March 23 -- Jiangsu Yulong Steel Pipe Co. (JYSP) will spend a combined CNY790 million (USD125 million) to increase its stake in a developer of new materials used to make ternary lithium batteries to 33.34 percent by buying its shares and partaking in its new issues. It will thereby acquire a 66.67-percent voting right in the target and gain control of it, per agreement.

JYSP plans to invest in Tianjin Yuhanyao Graphene Energy Storage Material Technology Co. by buying its shares and pumping cash into it, the manufacturer of pipes for energy and water transport based in the eastern Chinese province of Jiangsu said yesterday.

JYSP signed on March 9 the equity transaction agreement, per which it will acquire a 5 percent stake in Yuhanyao from Tianjin Dongli Economic and Technological Development Zone Co. via Tianjin Property Rights Exchange for CNY64 million.

These modified ternary cathode materials use graphene powder rather than commonly used conductive carbon black and carbon nanotubes as a conductive agent for lithium ion batteries, which substantially improves the properties of such batteries without raising their costs much, the announcement said.

Yuhanyao's production bases in the eastern city of Tianjin's Dongli district and in Yinchuan, capital of the northwestern Ningxia Hui Autonomous Region have also gotten policy and capital support from the local governments, the announcement said.

The deal, which will help the company create new sources of profit growth and gain a leg up in the new energy and new material markets, is expected to also yield decent returns for its shareholders, the announcement added.