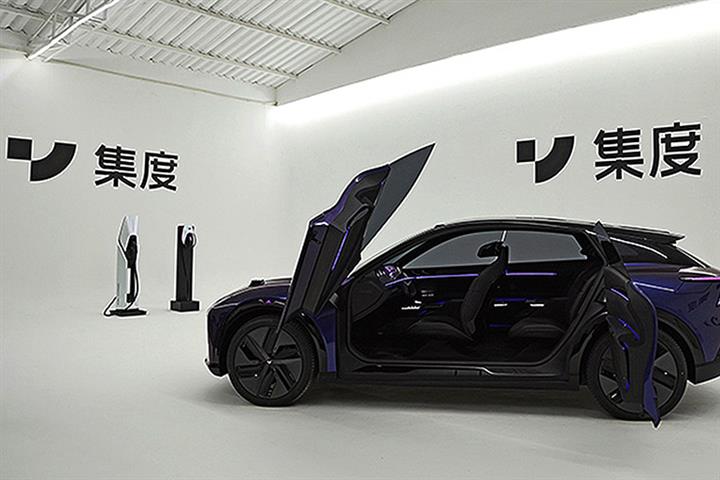 (Yicai Global) July 1 -- Jidu Auto remains a joint venture between Chinese internet giant Baidu and carmaker Zhejiang Geely Holding Group with no changes in the shareholding structure, despite the exit of a company controlled by Geely earlier this week, leaving an affiliate of Baidu as its sole shareholder, both Geely and Jidu told Yicai Global yesterday.

The ownership proportion remains unchanged and the withdrawal is just a normal adjustment made to meet the JV’s business development needs, they said.

Dazi County Bai Ruixiang Venture Capital Management has raised its stake in the JV to 100 percent, according to updated information on the National Enterprise Credit Information Publicity System on June 28. Shanghai Maple Automobile, a company associated with Hangzhou-based Geely, no longer has a stake in the JV.

Speculation was rife over the reasons behind these changes. Some said it is because Jidu Auto Hong Kong has replaced Beijing-based Jidu Auto as the auto entity through which Baidu and Geely cooperate. Others believe another firm controlled by Geely could be brought in as a shareholder later.

Geely has not responded to the rumors and no further details have been released by the two parties.

Baidu and Geely formed Jidu Auto with respective stakes of 55 percent and 45 percent in March last year. The venture secured USD400 million in a A-round fundraiser that closed this January.

Jidu Auto aims to start accepting orders for the auto from the second half of this year and begin deliveries next year.