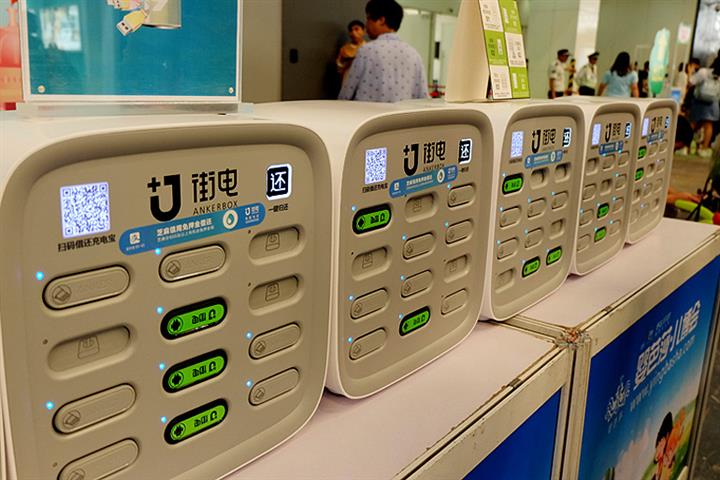 (Yicai Global) April 2 -- Jiedian and Soudian, which hire out charging stations for mobile devices in shopping malls and other public locations, are to combine their resources to overtake current industry leader, Energy Monster, which listed on the Nasdaq yesterday, The Paper reported today.

After the merger, the new company will have 360 million users, more than Shanghai-based Energy Monster’s 219 million, the report said.

The two platforms, run by Shenzhen Jiedian Technology and Shenzhen Zhumang Technology, will continue to operate as normal under the new entity. Registered users and business partners will not be affected. And a new board of directors will be appointed and a joint chief executive officer scheme introduced to lead the two brands, it added.