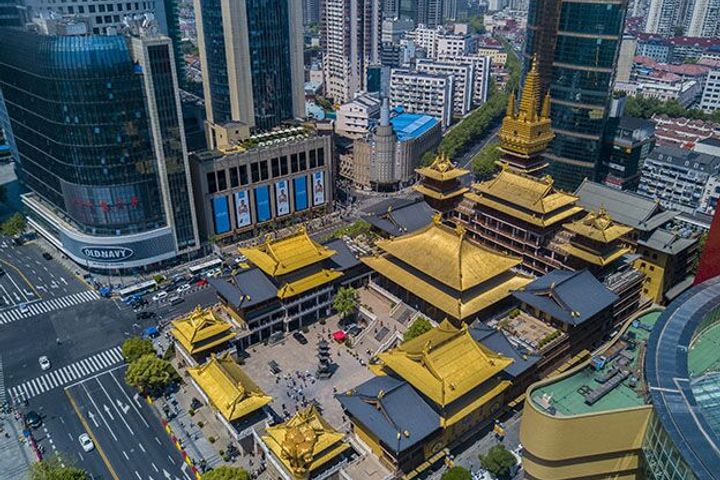 (Yicai Global) Dec. 1 -- Jingan Temple metro station in Shanghai is the city's best on average in terms of business, commerce, residence, leisure and entertainment, according to a recent Yicai Global investigation.

DT Caijing, an Yicai Global unit, released the Big Data report that covers activity in Shanghai this year. It covers a number of functions around the city's 304 subway stations in a bid to help the government form new policies and make city planning decisions.

The stops ranked second and third, West Nanjing Road and East Nanjing Road, respectively, differ slightly in terms of business and residence. Other stations in the top 10 include South Shaanxi Road, Xujiahui, People's Square, South Huangpi Road, Xintiandi, Middle Huaihai Road and Century Avenue, which is the only station in Pudong New Area to rank among the top 10.

The landmark Lujiazui station, which led in business and commerce indicators, ranked fourteenth due to a weakness in residence and entertainment. The three worst scoring stations were all located in Pudong: Wild Animal Park, East Huinang and Lingkong Road.

Pudong, literally meaning east of the river, has been developing at a high speed but still lags behind Puxi (west of the river) in urban functions. Of the 14 stations within the heart of the city, only Lujiauzi and Century Avenue are in Pudong.

The report also shows that although Shanghai features a number of hubs, the core city center stations are all clustered within the inner ring road. Business and commercial functions within the middle ring road have made rapid development and are beginning to catch up to the residential indicators in the region.

Business and commercial development around subway stations outside the middle ring road, particularly those outside the outer ring road, lag behind considerably. Of 92 stations within the outer bounds of the city, only one is a business site, which fails to meet employment needs of residents in the suburbs, the report shows.

The most cost-effective housing was located near metro stations in the city's Hongkou, Jingan and Huangpu districts, while the best value homes in Pudong are concentrated between the inner and central ring roads.

The report also covered the most sought-after fashion brands in Shanghai. Adidas, Nike and Uniqlo made up the top three, with domestic brand Hotwind coming fourth, though other home-grown brands, such as Urban Revivo, Semir and Peacebird cannot be underestimated.

Big Data from Baidu Maps, Meituan-Dianping, Centaline Property and many other companies and institutions were used to form the rankings.