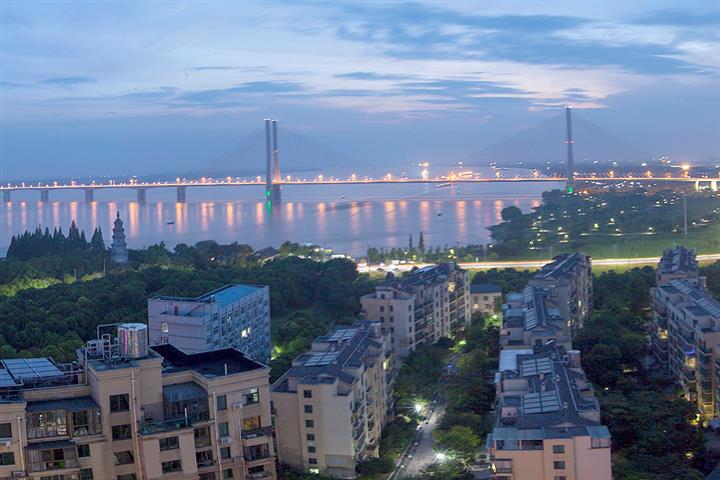 Jingzhou Hubei to Cut Down Payment to Spur Realty Market

(Yicai Global) April 21 -- Jingzhou, a city in China’s central Hubei province, the center of the Covid-19 outbreak, released 20 polices to cushion the pandemic’s impact on the local real estate sector and stimulate its recovery yesterday, including reducing the mortgage down payment ratio. With Jingzhou as a pioneer, other cities in Hubei province, including Wuhan, may usher in similar measures, some experts predicted.

The policies the Yangtze River-side city of almost 6 million residents released yesterday cover the five areas of land supply, the approval process, credit concessions, the housing provident fund and taxes. The city will cut the down payment ratio for first-time local homebuyers to a minimum of 20 percent from 30 percent and the ratio for second-time buyers to at least 30 percent from 50 percent.

Jingzhou is also raising the maximum amount of personal housing provident fund loans to CNY500,000 (USD71,000) from CNY450,000, and fully refunding the purchase deed tax to its residents who buy their home in the first half. China has applied a housing provident fund system since the 1990s, which is a long-term housing savings pool paid in jointly by employers and employees.

The new policies will greatly aid companies by lowering the threshold for land transfers -- pre-set conditions at auctions such as high property prices to rein in buyers -- and delaying payments for these, and streamlining the approval process, a local developer who requested anonymity told Yicai Global.

Jingzhou sold only 1,404 new commercial housing units with a sales area of 159,700 square meters in the first three months as the pestilence gripped the area, down 66.5 percent from the same period last year, according to the city’s housing department. It sold 842 second-hand homes, with a transacted area of 85,900 square meters in the period, down 42.2 percent.

As one of Hubei’s key node cities, Jingzhou’s real estate sector and its overall economy have taken quite a buffeting from the disease, Li Guozheng, director of the Central China Market Research Center of the China Index Academy, told Yicai Global. The city’s new policies are necessary and rational and responsive to market expectations. Other cities in Hubei, including Wuhan, are expected to follow suit.

Chinese regulators have been very wary of easing their property market regulatory stance in recent years, however. Prior to Jingzhou, six cities, among them Guangzhou and Qingdao, had also enacted policies to galvanize their virus-stricken real estate markets. All these measures were soon withdrawn, however. Whether the new policies in Jingzhou can be implemented is also still up in the air.