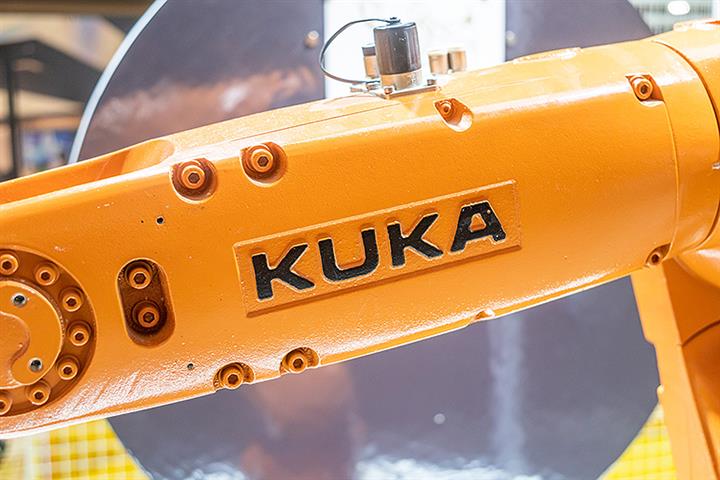 (Yicai Global) Nov. 19 -- Around 80 percent of Kuka’s supply chain in China is now localized and the German industrial robots maker plans to keep raising the level, according to its local chief technology officer.

“Localization of the supply chain is a core strategy for Kuka,” The Paper today quoted Kuka China CTO Li Hongwei as saying.

In the first three quarters of this year, Kuka’s revenue rose 26.8 percent to EUR2.4 billion from a year earlier, per its latest earnings report. Kuka China’s income was EUR405.2 million (USD460 million), up 47.2 percent in the same period.

Kuka’s revenue in China was mainly buoyed by growing demand for robots used in the auto industry, Li said, adding that the new energy vehicle sector increased shipments this year. Market growth in the fields of computers, communications, consumer electronics, logistics, consumer goods, and food and beverage was also quite fast, he said.

Kuka created the first assembly line for modular electric drive matrix batteries in China for FAW-Volkswagen Automobile, a joint venture of China’s FAW Group and Germany’s VW. The line has about 1,000 robots, and its workshop for car bodies and batteries has nearly achieved full production automation.