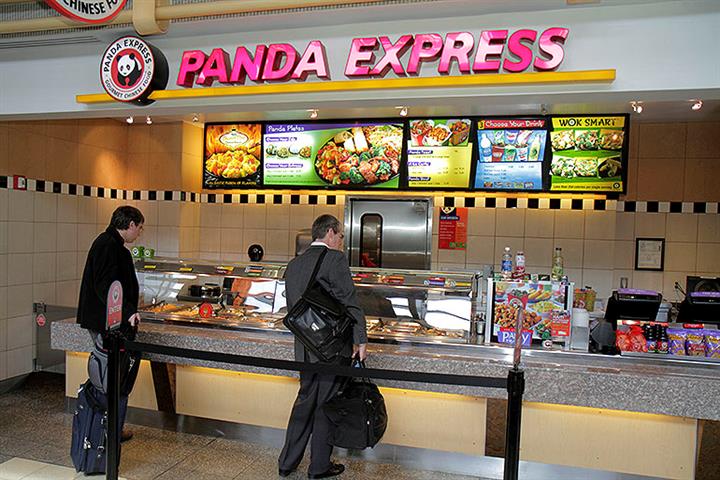 (Yicai Global) Oct. 16 -- Panda Express, the biggest Chinese fast food chain in the US, has opened its first restaurant in Kunming, capital of in southwest China’s Yunnan province.

Its restaurant logo is the same as its US parent’s, The Paper reported today. The menu also includes its iconic Kung Pao Chicken and Tangerine Peel Chicken. Five consumers have rated the restaurant since its opening, scoring it 3.57 out of 5, not high on public comment, per the report.

The Paper contacted a staffer in the mall that houses it, who said that the Panda Express is not a knock-off and was introduced by Shenzhen Xiguifu Catering Management, its agent. The Paper was unable to contact the Shenzhen-based intermediary, however.

A Chinese student studying in the US who had been to Panda Express several times in the US said the taste was just so-so. Its menu is out of synch with Chinese people’s taste, being standardized fast food, and thus may not be able to entice domestic diners.

The chain has opened more than 2,000 stores in the US after over 40 years of growth, and had USD35 billion in annual revenue last year, Forbes data released at the end of the year show.