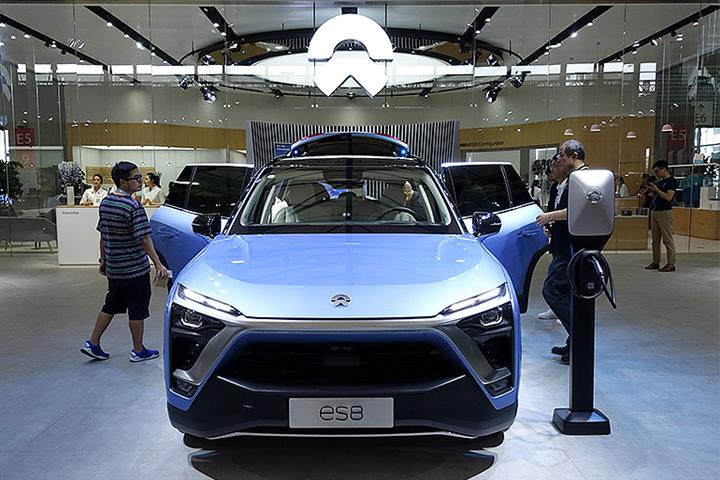 (Yicai Global) Aug. 17 -- Nio has denied speculation that the Chinese electric carmaker deleted or modified the data of the model ES8 that was involved in an accident that claimed the life of its driver.

The accident occurred on Aug. 12, Shanghai-based Nio said in a statement yesterday, adding that its mechanic only cut the vehicle’s power while it was parked to ensure battery safety after a high-speed collision. But it did not cause any data loss and Nio cooperated twice with the police to export the data, the firm said.

Lin Wenqin’s Nio ES8 was involved in a traffic accident in Fujian province, killing the 31-year-old founder of catering brand Management firm Meiyihao. Auto-driving assistance system Nio Pilot worked for 48 minutes out of the 113 minutes he drove that day, according to the driving data his friend released. The Navigate on Pilot mode was on for 44 minutes.

Lin may have mistaken NOP with an autonomous driving function, triggering the crash, analysts said.

NOP mode is not an autopilot function, and when it is on, the driver is still in control, Nio said, noting that this point has been emphasized many times in the user guide. Before using NOP for the first time, the owner is also required to give consent, it added.

Li Auto founder Li Xiang urged the media and industry to unify the Chinese standard for automatic driving levels to manage expectations for the technology. L2 should equal assisted driving and L3 should be ‘automatic assisted driving,’ he said.

The Ministry of Industry and Information Technology issued new regulations covering the technology on Aug. 12 that call on automakers to beef up the safety management of products featuring self-driving functions, and ensure that the vehicles meet the requirements on safety, risk control and that they provide evidence in reconstructing accidents and determining cause and liability.