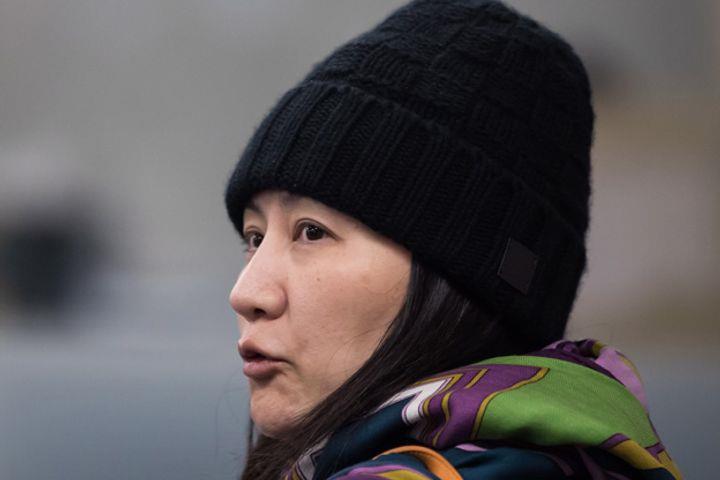 (Yicai Global) July 25 -- The US government has misrepresented data in its filings submitted to a Canadian high court regarding the extradition of Huawei Technologies’ chief financial officer, according to new court filings released yesterday.

Meng Wanzhou, the daughter of Huawei founder Ren Zhengfei, was sensationally detained at Vancouver International Airport in December 2018 on an indictment brought by the US government accusing Meng of violating US sanctions against Iran and of fraud. She is currently fighting extradition from Canada to the US to face these charges.

Meng's legal team submitted content omitted in the U.S. records of the case, as well as emails between Huawei and HSBC as proof that Huawei's CFO did not commit fraud, or violate U.S. sanctions laws against Iran.

The US claims that Meng concealed the true nature of Shenzhen-based Huawei’s relationship with a Hong Kong company called Skycom, which sold telecom equipment to Iran in breach of
US sanctions. Huawei has always said Skycom was a business partner, but the US government suspects it was controlled by Huawei.

The US alleges that Meng did not reveal to HSBC bank the true nature of Huawei’s business in Iran, leading the London-based bank to clear hundreds of millions of US dollars in transactions in violation of US sanctions.

Yet Meng’s legal team has now shown that the documentation submitted by the US to the High Court of British Columbia was incomplete. Other parts of the same document, not included in the US government’s filing, show that Meng was open about the nature of Huawei's business in Iran to HSBC and did not try to cover up the business relationship with Skycom.

In which case, being informed of the situation, the bank should have blocked the Skycom transactions or cleared then through other systems and not the US banking system should there be a risk of violating sanctions, her team said. Instead, HSBC continued to settle dollar remittances to Skycom through the US banking system and has placed the blame on Meng.

The US was aware that HSBC had violated the regulations, but instead of targeting the bank, they earmarked Huawei and Meng, who have no direct trading relations with the US. This approach does not conform to legal logic and the action is clearly driven by politics, her team said.

Meng's lawyers also questioned U.S. claims that only junior HSBC employees were aware of the relationship between Huawei and Skycom, and that senior employees did not know, which holds a bizarre logic behind it.

Meng's legal team said the omissions and misrepresentations are serious, adding that U.S. conduct has fallen "so far below expected standards of diligence, candor and accuracy as to constitute a serious breach of process."

They also contend that HSBC had the option of clearing U.S. funds through the Clearing House Automated Transfer System (CHATS), an alternative transaction-clearing system based in Hong Kong, which they say "involves no U.S. sanctions risk."

Court hearings of the new evidence is expected next March.