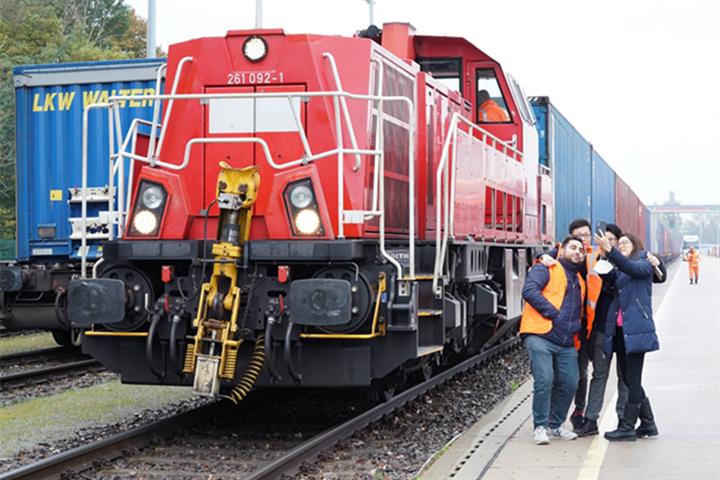 (Yicai Global) Nov. 9 -- The Shanghai Express, a new cross-border railway service under the China-Europe Railway Express inaugurated for the fourth China International Import Expo, will run a minimum of eight freight trains per month next year.

The Shanghai Express is expected to make two to three journeys a week from Shanghai to Europe in 2022, and two to three a month back to China, Wu Tuzi, deputy general manager of Shanghai Oriental Silk Road Multimodal Transport, one of the operators of the China-Europe Railway Express, told Yicai Global.

Due to soaring orders for cargo space, the Shanghai Express will increase the number of trains between China and Europe from one export train a week and one import train a month, she said.

Besides trains to Hamburg in Germany, the service is likely to run also between China and Russia, and China and other Asian countries in the future, depending on demand, she added.

“Shanghai is a gathering place for goods, and the Shanghai Express is a market-oriented government-led operation that aims to serve the CIIE and solve transportation difficulties from Europe for some companies,” Wu told Yicai Global.

Many Shanghai-based foreign trading firms transport goods to Xi’an first, where they are loaded onto China-Europe Railway Express trains, but this year they have faced extra transport costs and potential risks, Wu said.