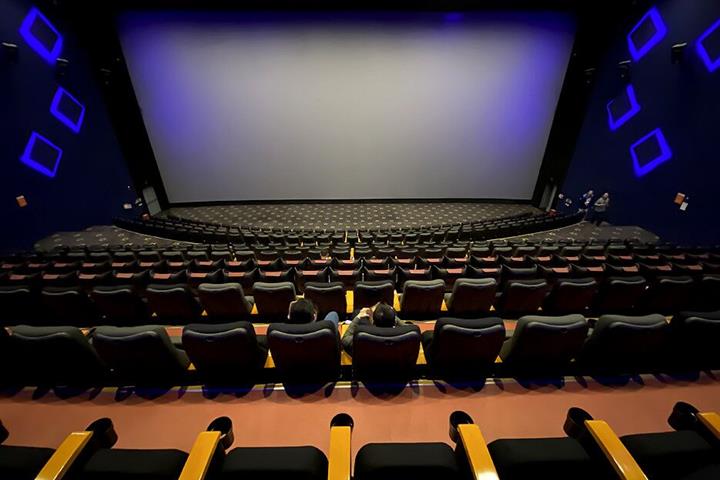 (Yicai Global) April 15 -- Cinemas, theaters and sports halls should remain closed for now as it is important to continue to keep up efforts to contain the spread of Covid-19 in high-transmission areas and among vulnerable sections of the population, the Chinese Center for Disease Control and Prevention said today.

The key is to control human traffic, prevent crowds and maintain social distancing, Shi Xiaoming, head of the CDC's National Institute of Environmental Health, said at a press conference held by the State Council, the country’s cabinet.

It is important to continue to pay close attention to areas where people congregate, such as on public transport and in meeting places, as well as enclosed rooms such as those found in cinemas and semi-closed spaces like elevators.

So it is recommended that leisure facilities such as cinemas, theaters and sports halls remain closed, and all major sports events and exhibitions be postponed, he added.

Places with a high-risk of infection such as hospitals which treat Covid-19 patients, and transport hubs through which overseas travelers pass should also be closely monitored.

People who are very mobile, such as cleaners who work in many different locations, need to be closely watched. Those who live in special institutions such as nursing homes and psychiatric hospitals deserve special attention as detecting symptoms among these groups is not easy.

China's cinemas were closed for over two months during the height of the epidemic. Some partly reopened last month only to be told to shut again. Box office revenues are forecast to fall CNY16 billion (USD2.3 billion) in the first quarter from the year before.