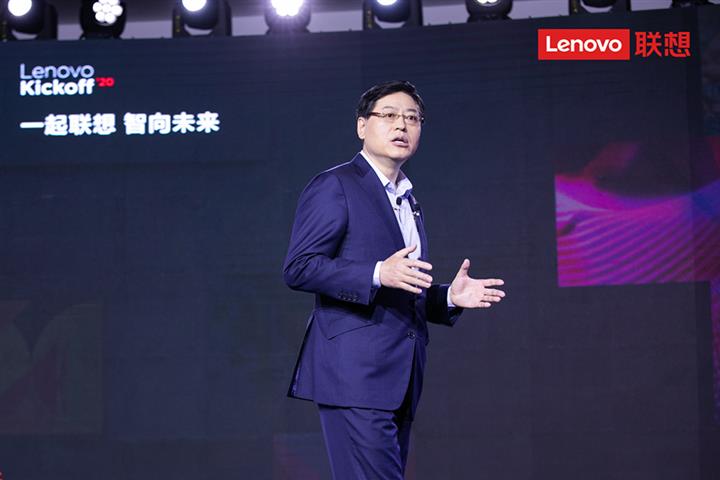 (Yicai Global) April 14 -- The world’s largest personal computer maker Lenovo has resumed production at all of its China plants after suspending operations due to Covid-19, Chief Executive Yang Yuanqing said at a press briefing today.

The firm re-opened its largest self-built plant in the world, at Wuhan East Lake High-tech Development Zone, in March and is now back to full production after using big data and the Internet of Things to monitor employees, added Qi Yue, who runs the factory. The facility produces all modules for Lenovo smartphones, tablets and other products and produces six in every 10 Lenovo Motorola-branded phones around the globe.

Lenovo’s PC sales slipped 8 percent in the first quarter because of the virus outbreak, according to market researcher Canalys, but was still the top seller after shipping more than 12.8 million computers.

The Beijing-based group logged a pre-tax profit of CNY2.75 billion (USD390 million) in the third quarter, up 11 percent annually, according to its results for the period published in February. The operating environment during the 2019-2020 fiscal year has been full of challenges, Yang added, specifying uncertainties caused by the China-US trade conflict and the novel coronavirus.

Lenovo will make every effort to find and seize new opportunities as the pandemic continues, he said, adding that the firm will focus on services and solutions to enhance its core competitiveness over the next decade and use artificial intelligence to augment its offerings and improve customer satisfaction.

The company remains confident in the PC market, Yang continued. It intends to keep the top spot in global PC sales in the new fiscal year and expects growth to come from the data center business, with expansion outpacing the general market by more than 20 percentage points.

Turnover from smart solutions based on independent intellectual property should double on the year in the new fiscal year and software and services revenue should rise 20 percent or more annually, he said.