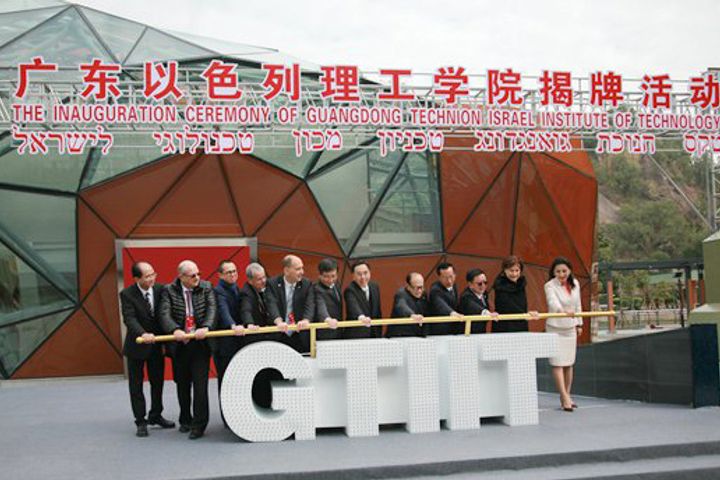 (Yicai Global) Dec. 19 -- Guangdong Technion-Israel Institute of Technology (GTIIT) held its inauguration ceremony yesterday, making it the first university in China which is jointly run with an Israeli university. As the main sponsor of the institute, Li Ka-Shing, the richest man in Hong Kong and the chairman of Li Ka-Shing Foundation (LKSF), attended the ceremony and personally unveiled the nameplate of the university.

The branch school is jointly organized by Technion and Shantou University. Founded in 1912, Technion is known as the Massachusetts Institute of Technology (MIT) of Israel where Albert Einstein served as the first chairman of its academic association.

Shantou University is a public university jointly established by LKSF, the Guangdong provincial government and China's ministry of education in 1981. By next year, LKSF will accumulatively provide funds worth more than HKD8 billion (USD1.02 billion) to Shantou University.