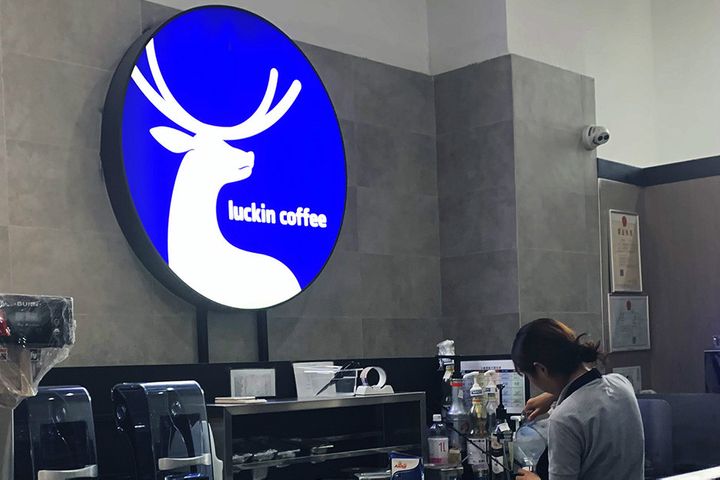 (Yicai Global) April 7 -- Despite a CNY2.2-billion (USD310.7 million) financial fraud, Luckin Coffee has been maintaining normal operations at thousands of its stores across China. But Louis Dreyfus and Fonterra Co-operative Group, who supply raw materials to the coffee chain, told Yicai Global that they are carefully monitoring the situation.

Shares of Luckin Coffee [NASDAQ:LK] plunged over two straight trading days -- by 75 percent and then 16 percent -- after the company announced the financial fraud on April 2, and fell 18.4 percent to USD4.39 at the close yesterday.

But the firm is putting on a "business as usual" face at its stores in China, where it is known as Starbuck's main rival. Luckin had 5,196 outlets in China as of April 2, public data show. All the stores are running normally. Yicai Global visited some branches in Beijing over the last three days. According to store staff, sales have increased significantly, with ingredients for some hot-selling products running out by noon.

World-leading grain dealer Louis Dreyfus penned an agreement with Luckin Coffee in September to form a joint venture to develop a high-quality juice brand in China. Louis Dreyfus' Chief Communication Officer Karen Saddler told Yicai Global that the French company is keeping a close eye on Luckin's financial fraud but won't jump to conclusions about their partnership and will make an overall evaluation after seeing the results of an investigation.

Luckin Coffee is maintaining operations to show that its cash flow is normal and reassure its investors, suppliers and staff, Wang Zhendong, chairman of Shanghai Feiyue Investment Management, told Yicai Global. Normally, outstanding suppliers give two to three months for major clients like Luckin Coffee to make payments, but the actual days payable outstanding is three to four months, including the time of account checking and payment.

Luckin Coffee's suppliers will certainly take some action due to the financial fraud and are unlikely to provide raw materials with days payable outstanding, which will put pressure on the firm's cash flow.