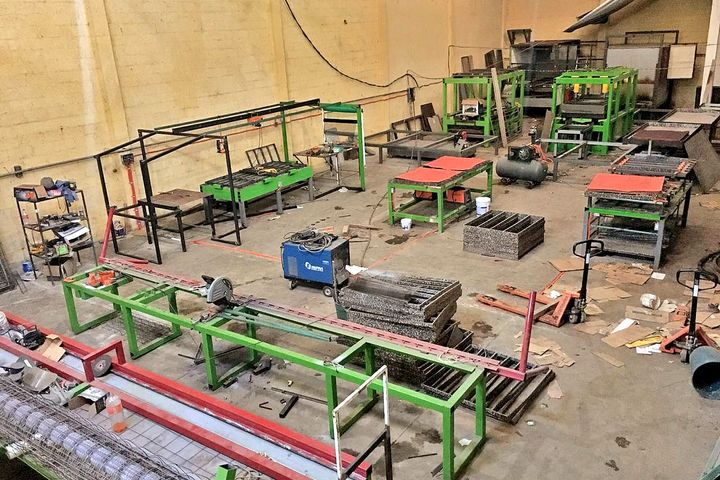 (Yicai Global) Dec. 4 -- Plastics production has grown exponentially since its creation. According to the study "Production, use, and fate of all plastics ever made," published in Science Advances magazine in 2017, 8.3 billion tonnes have been produced worldwide in the last 65 years–weighing thee quivalent of 10,000 Eiffel Towersor 35,000 Empire State Building.

The problem is that only nine percent of all plastic waste gets recycled, while the rest ends upin nature. Eight million tonnes of plastics go into the ocean every year– a figure that may rise to 500 million by 2020 if the situation does not improve.

In Mexico, PET consumption reaches 722,000 tonnes per year. The country ranks first in bottled water consumption worldwide, according to the Environmental Commission of the Mexican House of Representatives, and second when it comes to soft drink bottles.

But the country has made important progress, according to the local environmental NGOEcoce; PET collection and recycling increased from 6 to 58 percent in the last 15 years, ahead of Brazil (42 percent), Canada (40 percent) and the United States (31 percent). Norway's recycling culture leads the way with a 95 percent rate.

González grew up in the mountains near Puebla, one of the most disadvantaged regions in the country, surrounded by poverty, lack of access to decent housing and plastic pollution. He conceived and created his business model in 2012.

"Our goal is to deeply clean Mexico, and the world, of plastic by taking advantage ofits properties' potential for construction –it doesn't biodegrade, get damp or moth-eaten," the entrepreneur explains. The company recycles mainly PET, but also high-density Polyethylene (HDPE), polypropylene and acrylonitrile butadiene styrene (ABS), usually found in broken buckets, toys or bags.

González buys the material by the kilogram from small companies, or from independent collectors with whom the company regularly works. EcoDom also organises waste picking operations in Puebla, where volunteers join the firm's employees to collect plastics from households or businesses.

"We select the plastics and grind them through an industrial process to turn them into flakes, whichare then placed into a mould, melted and, once in a plasma state, taken to a press that applies pressure to produce the raw material for our products," González explains.

To create a wall, the company transforms around six kilograms of plastics. The whole process costs from 50 to 60 Mexican pesos, or nearly three dollars.

Roughly 10 percent of its profits are destined for social causes. With these funds, the companyis able to sell partially subsidised 42 square-metre houses for 5,000 pesos (USD 265) or single rooms for 1,000 pesos. Buyers are allowed to pay with work instead of money.

"Our houses cost less than others made entirely of concrete. One of the perks of our system is that the material can resist up to twice the load of traditional building materials, which speeds the construction phase and allows for savings of up to 25 percent of the total cost. Traditional building materials resist 2.5 kilos per square centimetre, whereas ours can hold up to 5.3 kilos per square centimetre," says EcoDom's CEO.

The company also started donating houses to families last year. So far, it has sold two houses and donated five houses and three bedrooms. Now, they are negotiating the terms of an agreement with Puebla's Cuauhtémoc University to donate five other houses.

González began this project alone, but with help from his now partner, EilyCristell Velázquez. Today EcoDom has three more shareholders. Together, they have invested more than eight million pesos so far, and have managed to stir interest from companies in India, Canada, France, Brazil, South Africa, Guatemala and the Dominican Republic. An agreement with the latter's government is under negotiation, in a bid to tackle the massive plastic pollution problem off the coast of Santo Domingo that made headlines earlier this year.

González says he's proud of what his company has achieved and plans to enlarge its scopethrough a franchise model. In December, he will join the Mexican construction company Harasto build 250 houses in Puebla. EcoDom hopes to provide the necessary materials and expertise to construct at least half of the houses.