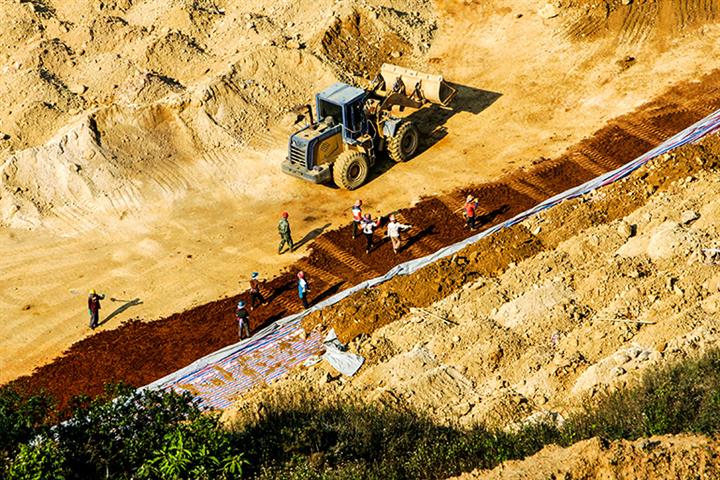 Lower China Rare Earth Prices May Be on the Horizon, Insiders Say

(Yicai Global) Feb. 24 -- Demand from the new energy sector mainly drove the surge in China’s rare earth prices over the past 12 months, according to industry insiders, who do not rule out a decline as demand may soften and China recently signed off on a production increase.

Since last May, there has been a sharp rise in the cost of four rare earth minerals in particular -- praseodymium, neodymium, terbium, and dysprosium -- which are needed for neodymium magnets widely used in electric vehicles and wind power generation.

The price of dysprosium has risen to a five-year high, while that of terbium has hit a 10-year high. Prices of praseodymium oxide and neodymium oxide have also risen by about 50 percent, according to data from SunSirs, part of China Commodity Data Group.

The development of clean energy sources is driving the price rises, especially since last September, when the Chinese government announced a goal of achieving carbon neutrality by 2060, Lin Boqiang, dean of the China Institute for Studies in Energy Policy at Xiamen University, told Yicai Global.

China added 71.7 gigawatts of wind power capacity last year, a year-on-year gain of 176 percent. That alone increased the consumption of neodymium magnet materials by 22,000 tons, according to data from the National Energy Administration. Industry data shows that demand for rare earths in the magnetic materials industry accounts for about 48 percent of their total use worldwide.

But despite the strong fundamentals behind the high prices, many industry insiders interviewed by Yicai Global believe they are too high and may fall.

Lin said that although wind power capacity soared last year, that was partly because developers rushed to install it to receive state subsidies. As a result, demand this year may be weaker. The government also has recently increased the rare earth mining output quota, which could also weaken prices, Lin said.

The Ministry of Industry and Information Technology raised the quota for the first batch of rare earths this year to 84,000 tons on Feb. 19.

Excessive prices will inhibit downstream demand, and may lead to substitution or discontinuation of certain products, which would be bad news for industrial development in the long term and should be avoided, Zhang Anwen, deputy secretary general of the Chinese Rare Earth Society, told reporters.

Supply remains tight, so it may be necessary to further raise the total quota for rare earth mining, Zhang said.