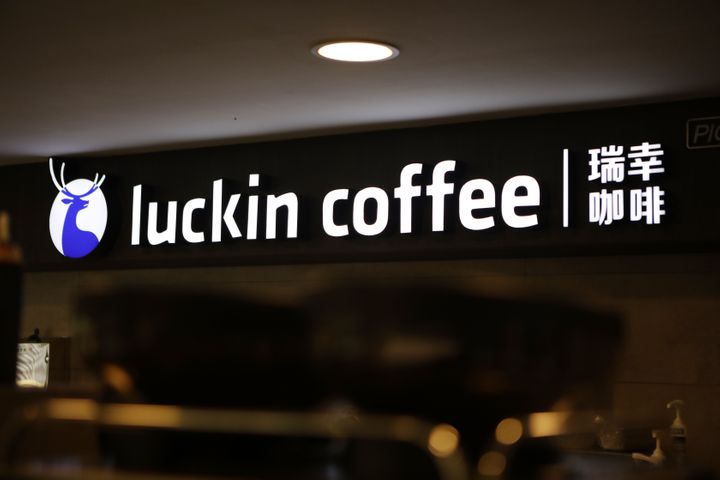 (Yicai Global) March 13 -- Luckin Coffee, the main competitor to Starbucks in China, has brushed aside a media report that claims it is seeking an initial public offering in the US and a substantial loan from investment banks.

The Beijing-based startup would not comment further on the report, which it described as "untrue," China Economic Network reported.

"Luckin Coffee's chairman is seeking a loan of at least $200 million from banks including Goldman Sachs and Morgan Stanley under a deal that would award them mandates in the firm's planned U.S. IPO," Reuters reported yesterday, citing unidentified people with knowledge of the matter.

Sources told Reuters last month that the IPO could take place as soon as May and value Luckin Coffee at about USD3 billion.

Lu Zhengyao, the coffee chain's angel investor and non-executive chairman, has told other banks looking to take part in the initial share sale that Credit Suisse has committed to provide some of the USD200 million, Reuters cited sources as saying.

Lu looks to borrow the money backed primarily by his shares in the company, Reuters said yesterday. If Luckin does not go public, he would replace the loan collateral with his shares in auto rental firm Car, which is listed in Hong Kong. Lu owns about 33 percent of its stock, Reuters said, citing Eikon Refinitiv data. But public information shows that Lu does not hold any stake in Car.

Luckin Coffee has expanded rapidly since it entered the market last year. It has raised USD400 million from two financing rounds and opened more than 2,000 stores a year. The firm aims to overtake Starbucks in China this year by opening 4,500 stores by year-end.