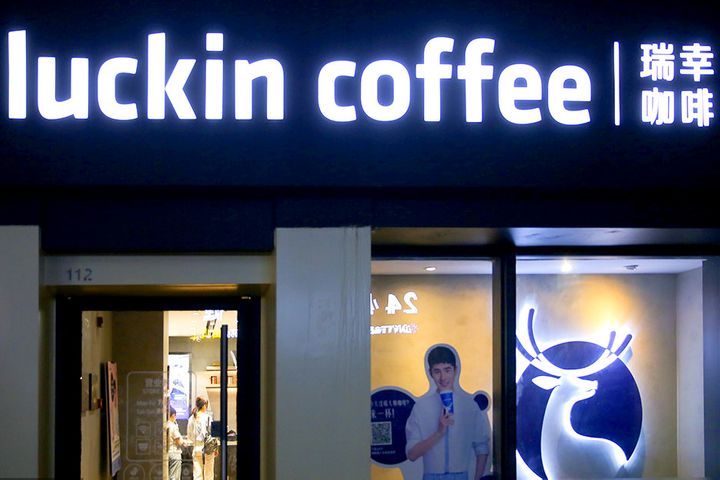 (Yicai Global) Sept. 26 -- Luckin Coffee and Louis Dreyfus will set up a juice joint venture to diversify their product lines and give China's answer to Starbucks and the leading Dutch commodity merchant greater control over their upstream and downstream supply chains.

Louis Dreyfus will supply the JV with not-from-concentrate orange, lemon and apple juices that will then be co-branded and sold through Luckin Coffee's retail outlets, the two companies said in separate statements today.

"This fits perfectly with our corporate strategy to move further downstream toward the end consumer, in particular through partnerships, and with our growth ambitions in China," said James Zhou, Louis Dreyfus global vice president and regional head for Louis Dreyfus North Asia.

The two companies are already tightly connected. Louis Dreyfus owns USD50 million worth of ordinary shares in Nasdaq-listed Luckin Coffee. In April, they joined forces to set up a coffee-bean roasting facility in China. In a mainly tea-drinking nation, Luckin Coffee also has been diversifying its menu to include various beverages, such as cheese tea and milk tea, as well as juices and other take out options.

In addition to Luckin's 3,000 plus outlets, the new JV will also market its juices through other channels. Louis Dreyfus will eventually build its own plant which will bottle and brand other fruit and vegetable juices in addition to the JV products, the Rotterdam-based firm said on its website.