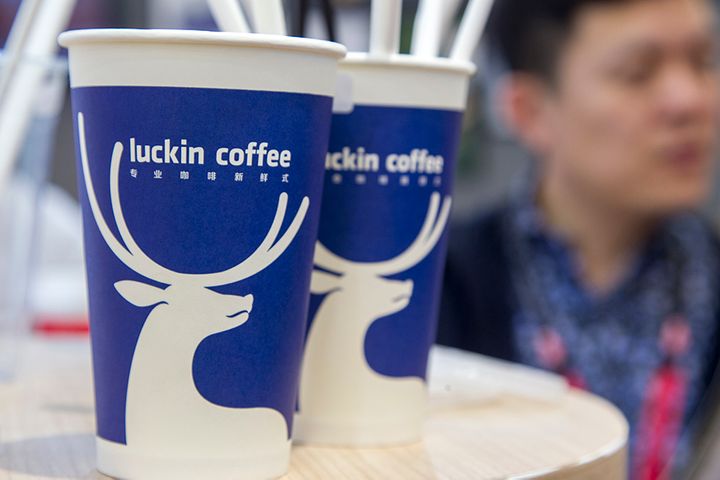 (Yicai Global) April 19 -- Luckin Coffee, which recently resorted to pledging its own brewing machines as loan collateral, has secured needed extra millions from investors that include Starbucks backer BlackRock as the Chinese unicorn goes all out to supplant its US rival in China.

Now valued at USD2.9 billion, Luckin was forced earlier this month to pledge its coffee machines as security for new funds as the company burns through cash to out-compete Seattle-based Starbucks. In its drive to become China's largest coffee chain, Luckin plans to open more than 2,500 new stores this year, raising its total to over 4,500.

Starbucks entered the Chinese market in 1999 and had in excess of 3,500 stores in the country as of September.

Luckin differs from Starbucks, whose business model involves opening stores and selling beverages and food that look and taste pretty much the same the world over. Luckin's outlets have no seats and are designed primarily as delivery centers. At CNY24 (USD3.60) a cup, a Luckin latte costs about 20 percent less than Starbucks's in China. Discounts -- such as regular buy-two-get-three offers -- are here to stay, the Chinese firm has assured its clients.

Luckin landed USD200 million in a B round of financing that concluded in November, raising its then valuation to USD2.2 billion. A-round investors Joy Capital, Beijing Dazheng Management Consulting and China International Capital took part.

The firm sold 85 million cups of coffee from January to September. It had a net loss of CNY857 million (USD128 million) on revenue of CNY375 million. In other words, a cup of Luckin coffee costs the firm CNY27 to make, gives it CNY4 in revenue, and generates a loss of CNY23 if absorbing all other business costs.