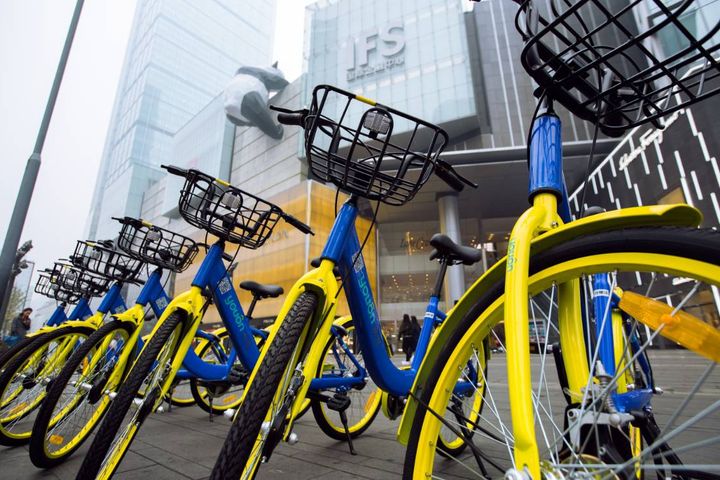 The initial public offering (IPO) took place on the Shanghai Stock Exchange today, with the issue price of CNY26.85 rising to CNY32.22 at the opening of trading.

The stock soared 44 percent and halted trading after hitting the daily limit CNY38.66. Its market cap has grown to USD534 million.

Judging by the performance of past A-share IPOs, Youon will continue to hit the 10 percent daily limit for the next several trading days.

Twenty-four million shares were issued through the IPO at a price of CNY26.85 per share, raising CNY644.4 million in total. The net total proceeds are around CNY581 million after deducting issue costs. Most of the money will go to replenish working capital for public bicycle system construction and business operations, repayment of bank loans and the development of a technology research center.

One should note that the bike-sharing business only makes up only a minute fraction of the company's total earnings, however.

The firm's three core businesses are direct sales of public bicycles to the public transport system (which does not involve business operations), government-backed public bike service with parking rack facilities, and bike-sharing, per its prospectus.

From 2014 to 2016, the public bicycle business generated revenues of CNY236 million, CNY396 million and CNY534 million, accounting for 62, 64 and 69 percent respectively of the yearly total revenues, earnings data show. During the same period, sales of public bikes were CNY144 million, CNY223 million and CNY239 million, making up 38, 36 and 31 percent of the total. These two businesses' combined contributions to the annual revenues in the three years were 100, 100 and 99.8 percent, respectively. In other words, the company did not yield any revenue from the bike-sharing business in 2014 and 2015, and the business only accounted for a mere 0.12 percent of its total earnings last year.