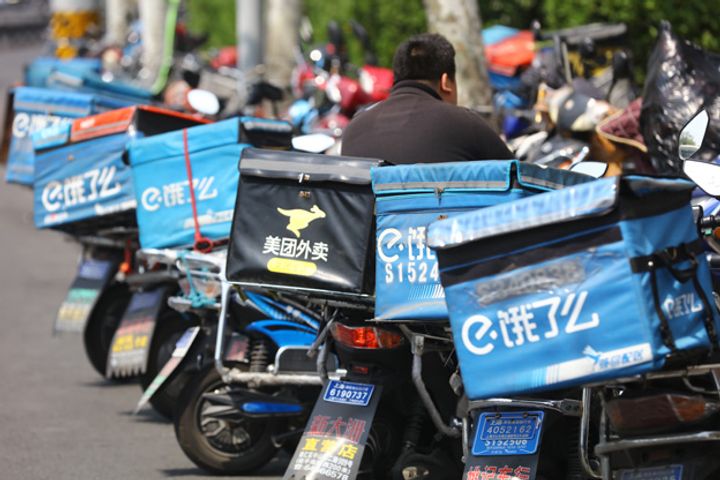 The figure was up about half a million from 2017, the Beijing-based firm said in its 2018 employment report for delivery drivers, which is based on a survey completed by 118,000 riders. Around 30 percent of the workers, who mostly deliver meals on electric bikes, earn upwards of CNY5,000 (USD744) a month. Most of them are younger than 40 and 92 percent of them are male, the report added.

The drivers graft hard for their keep, with around 45 percent delivering over 20 orders a day and 40 percent traveling over 50 kilometers -- about the length of Beijing's fourth ring road. More than a third of them earn a supplementary income in factories or at state-owned enterprises, in the public sector or by running their own companies.

Their earnings have always been a point of public concern, and though many of the drivers are still young, they are already taking responsibility for families. Some 60 percent are married and have kids, while the spouses of 40 percent of the drivers stay home to look after children or parents. Half of the drivers are the main source of their family's income, the data shows.

Despite spending most of their time out on the road, a lot of the drivers use their limited spare time for self-development, according to the report.  More than 40 percent have committed time to learning within the last year, with many opting for online classes and just 2 percent enrolling in offline lessons.