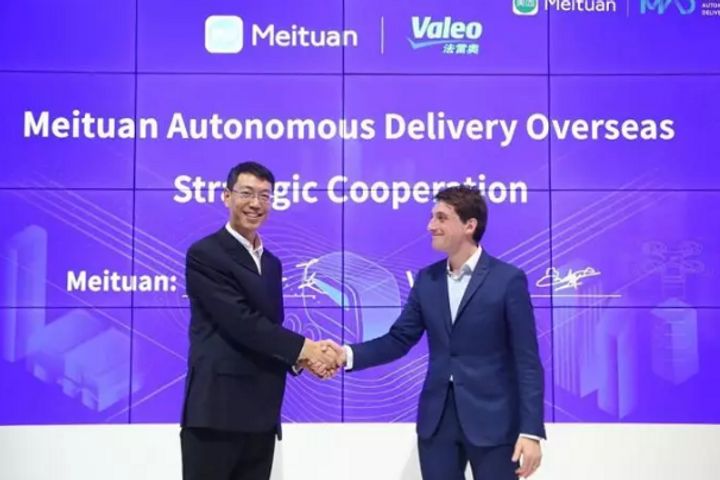 The partnership is Meituan's first on autonomous deliveries with overseas companies, Chief Scientist Xia Huaxia said at the CES 2019 in Las Vegas, the Beijing-based firm's first appearance at the event. The two other partners are French auto parts supplier Valeo, which will provide engines and sensors, and Italy's Icona Design Group.

"Autonomous delivery is not a pure technical issue, but a challenge that needs to be solved with collaboration of upstream and downstream companies in the value chain," Xia added, saying Meituan had earlier agreements with Valeo and Nvidia and is now taking them to new heights.

Meituan, also known as China's 'app for everything,' generates revenue from takeouts, transport, tourism and a host of other sectors, but meal delivery makes up a bulk of its income. The sector earned CNY11.2 billion (USD1.6 billion) for Meituan in the third quarter of last year, compared with CNY4.4 billion from its hotel services.

The firm receives more than 21 million food orders a day on average and has a network of over 500,000 deliverymen. It began trialing its driverless delivery platform in July at several industrial parks and office buildings and already has 20 partners working on the service, known as Meituan Autonomous Delivery, or MAD.