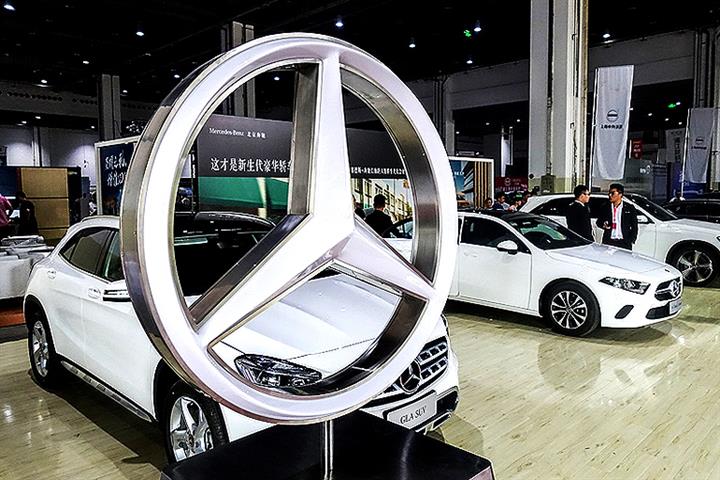 (Yicai Global) Aug. 6 -- China’s Contemporary Amperex Technology, the world’s biggest power battery maker, and Mercedes-Benz are upgrading their partnership with the aim of giving the German carmaker’s new EQS luxury sedan mileage of over 700 kilometers and double the charging speed of current models.

The arrangement includes the full range of battery technologies, including cells and entire battery systems, along with the shared development of cutting-edge technology, Ningde, Fujian province-based CATL said in a statement yesterday.

“Mercedes invented the car more than 130 years ago and has developed its technology with countless innovations,” CATL founder and Chief Executive Robin Zeng said. “This combined with CATL's expertise in battery, will be a decisive step to both parties' electrification strategies.”

The collaboration will make CATL a leading supplier of Mercedes-Benz, under Stuttgart-based auto giant Daimler, to guarantee the battery supplies of the EQ series in the next few years, according to Markus Schäfer, Mercedes-Benz’s chief operating officer.

Mercedes-Benz’s pure-electric EQS sedan is scheduled to start being delivered to customers next year.

“Working with CATL will see us accelerate our transformation towards carbon-neutrality," Schäfer added.

The partnership will also further speed up the industrial development of high-tech battery technologies in Germany, the statement said, adding that Mercedes-Benz can buy cells from CATL’s plant in the east of the country to increase the rate of localized procurement in its supply chains.

Formed in 2011, CATL’s sold about 40.3 gigawatt hours of lithium batteries around the world last year. One gigawatt is 1 billion watts.