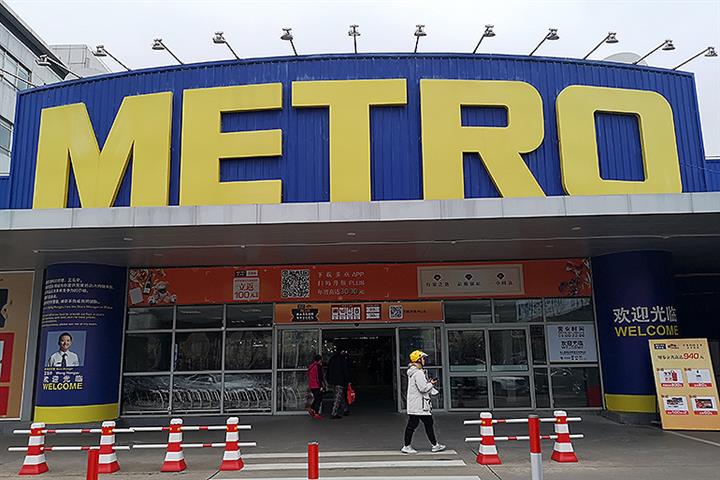 (Yicai Global) Nov. 25 -- German wholesale giant Metro is aggressively developing its business to customer operations in China, with a plan to have 18 member stores by the end of this year, The Paper reported today, citing the firm’s local chief executive.

Of the 18 member stores across eight cities, 16 will be upgraded and the other two will be new, the report cited Tino Zeiske as telling at a press conference yesterday.

Metro China covers 60 cities in the country, with 20 million customers. It will have more than 100 stores by the end of this year.

Metro entered the Chinese market in 1996. Over the past 25 years, it has mainly provided supply services for hotels, international kindergartens, companies, institutions and other business customers.

Metro China’s target customers are mid- to high-end consumers, Chen said, adding that the market capacity for member stores is about 30 million households, while the target households that can really stump up for memberships are distributed in 100 cities.

Metro China’s member stores mainly focus on more than 4,000 stock keeping units, or SKUs, of which over 40 percent are imported and private brands. The share of Metro’s imported, self-owned and exclusive brands will climb to 50 percent in the future, according to Wen Yubin, vice president and commodity management director of Metro China.

Traditional supermarkets are seeing a wave of store closures in China, but the membership stores of major retailers have performed well. US staples retailer Costco, which has only one store in China, had annual sales of CNY2.4 billion (USD37.58 million) last year.

In addition, Carrefour China opened its first membership store in Shanghai last month. The French retail giant plans to open more than 30 in China from this year to 2026.