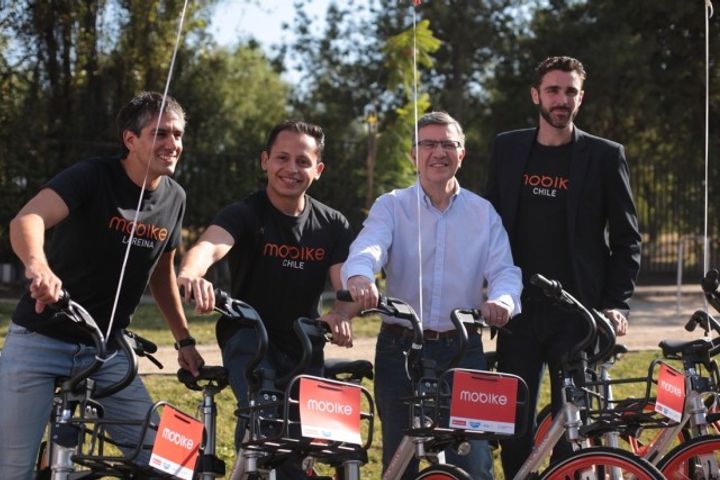 (Yicai Global) March 8 -- China's popular bike-sharing services provider Beijing Mobike Technology Co., better known as Mobike, will step into Latin American market as it will roll out its services in Santiago, capital of Chile, this week.

Mobike will set up 100 smart parking lots across Santiago, which has a population of 7 million and pleasant climate for cycling in all seasons. The company organized a public relations event in the city, which was attended by local government officials, business partners and Santiago residents. The chief local officials of La Reina and Las Condes neighborhoods, where Mobike will roll out its services in the city, took part in a cycling tour as part of the event.

Mobike's announcement comes only a few weeks after it said it will unveil its services in Mexico City, capital of Mexico, representing its foray into Central and Latin America.

As the competition in domestic bike-sharing market gets fierce, China's leading bike-sharing firms try to actively expand into overseas markets and are now operating in many major cities around the world. Mobike operates in more than 200 cities worldwide with over 200 million registered users, generating 40 TB accurate Big Data for daily travel, it says. The firm operates over 9 million bicycles as the world's largest shared-bike service provider.