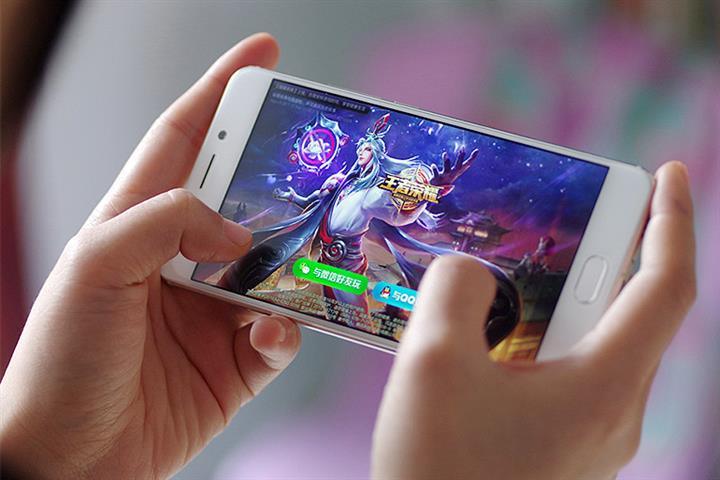 Mobile game sales stood at CNY55.5 billion (USD8.6 billion) in the quarter ended Sept. 30, according to figures research firm Gamma Data, also known as CNG, published yesterday. But sales were up 9.1 percent from the same period last year, slowing from a 25 percent clip a year earlier.

Online gaming companies can only offer services to minors between 8 p.m. and 9 p.m. on Fridays, Saturdays and Sundays as well as on public holidays, the National Press and Publication Administration said on Aug. 30. During the rest of the time, underage players cannot game online.

NetEase’s new mobile game Harry Potter: Magic Awakened, which won copyright authorization from US group Warner Brothers Entertainment, launched last month. Since then it has exceeded CNY1.1 billion (USD170.6 million) in sales, becoming the first mobile game to earn over CNY1 billion in the first month of its the release, CNG said.

Analysys analyst Ma Axin told Yicai Global that most of the new products expected by the industry in the third quarter were still in the early launch stage or in the internal testing phase, so revenue from those was deferred.

Also adding to the revenue fall was the fact that many new games are still waiting to be licensed by the National Press and Publication Administration to charge in-game fees, Ma said, adding that August and September’s applications have not yet been approved due to stricter scrutiny.

With tighter regulation at home, China’s gaming industry has speeded up its overseas expansion. Third-quarter sales abroad jumped 12.8 percent to USD5 million from the previous quarter, mostly due to the rise in customer payments of popular games including Genshin Impact, CNG said.